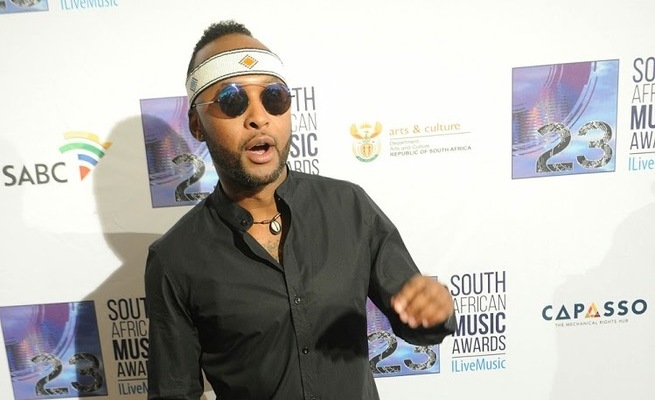 It seems like the more popular Vusi Nova's As'phelelanga becomes, the more people want to claim ownership of the song but the singer has explained that while he's never said the song "belongs" to him, he won't let people drag him for 15 minutes of fame.

The musician, who released his album Manyan-Nyan in August has received general acclaim for the project and one of the songs that took off was As'phelelanga.

The song has gone viral and is considered one of the biggest Dezemba anthems.

"Now, I have to deal with people popping up everywhere saying that I stole the song from them. Like today, I saw an article of some maskandi guy asking for credit. But really, 'How is the song yours?' We sang that song when we were kids, not just me in the Eastern Cape but also a stranger I don't even know in Limpopo… I got a call from another paper today saying a certain soccer team is suing me for the song as well, saying they sang it first," Vusi told TshisaLIVE.

Vusi took the song, which is a well-known chant usually sung at funerals or soccer matches to indicate an incomplete team and created a modern version that gives tribute to fallen legends.

"What I have decided is that people must just do and say whatever makes them happy and I will deal with it when I'm directly affected. All I know is the song is public domain. For everyone to want to say, 'Oh I own the song is ridiculous!'"

Vusi explained that As'phelelanga was track number 12 on his album because he didn't think it would blow up the way it has. He said he was initially angry that radio stations kept playing the track instead of the duo he was trying to push featuring Zahara.

"When I decided to include this song on my album, it was because I thought a lot about how all these legends have paved the way for me. It was a song of gratitude. I was actually even angry when radios started pushing the song because my plan was to push my song with Zahara but all of sudden it was As'phelelanga that captured SA.

"I realised that it's not about me and people choose what song they want to show love to and they chose that one."

Vusi said he's been reading articles where people have accused him of stealing the song, which has added to the song's popularity.

Sowetan reported that maskandi artist Celazimnike Mtshali has accused Vusi of stealing the song from him.

"I do not know this Vusi and we've never met, I would appreciate it if he can credit me because his song sounds exactly like mine," he told the paper.

However, Vusi told TshisaLIVE that the song, which he only made minor changes on was a song he grew up listening to and singing in the villages. He explained that as far as he knew and with the research he did, the song couldn't be claimed by one person as it was a public domain kind of song.