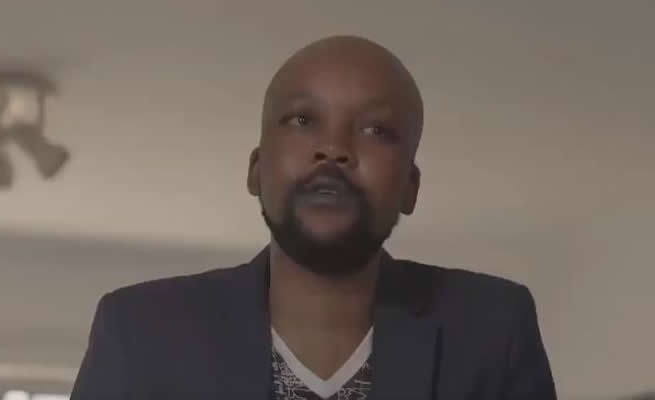 Sibusiso gave people chest pains on Sunday evening after he appeared on popular reality show Uthando Noxolo where he admitted to cheating on his missus and asked her to forgive him.

Fans were left shooketh when malume admitted to cheating several times on his wife Charity with her friends and his colleagues. In their home, nogal.

The show's host Jub Jub tried to get to the bottom of it all and see if Charity was willing to forgive.

Sibusiso has been sleeping with his wife's close friends and colleagues, he would like to get his wife back because he realises he messed up by cheating and putting her in jail for fighting with one of his girlfriends.

Dude even watched as Charity was arrested for fighting with one of his side pieces.

Sibusiso believed that Charity was a good person and would forgive him despite all the trouble he had put her through.

He was right because Charity forgave him. The internet was filled with memes and messages, which slammed Sibusiso's actions and claimed had taken the L.

Jub Jub: Why should she forgive you?
Sbu: Because I have sinned 🤷🏾‍♀️

Men fail to understand that cheating does more damage than they think. It kills your self-esteem, you feel worthless, you feel like you are not good enough, pretty enough. You also question your capabilities of being someone's significant other. #UthandoNoxolo pic.twitter.com/XFPnjhca3M

This guy's hasn't even lobola'd yet but he calls her "my wife" NJANI!? #UthandoNoxolo pic.twitter.com/AQvribSag9

"Women Always Understand"… What Trash Talk Is That? #UthandoNoxolo pic.twitter.com/x8joe7bUIj

Charity shouldn't even take this excuse of a man back #UthandoNoxolo pic.twitter.com/wyQDNuHXoD