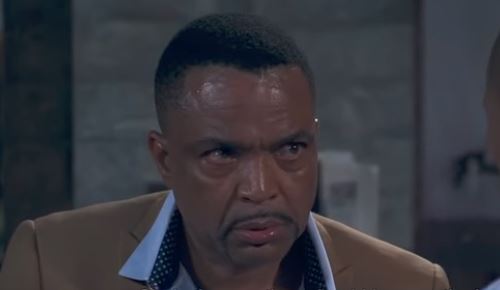 "Drama King" Marothi once again had Skeem Saam fans shocked and confused on Tuesday when he told gogo Koko that he is praying man who relies on God and the ancestors.

Marothi's bae Botshelo looks like she is just about done with her man over his crazy behaviour lately but any hopes that Rachel had of finally getting her crush may have gone up in smoke when he discovered that she had brewed a love potion with his name on it.

Malume brought it up when he invited himself to the house for dinner and almost gave gogo a heart attack.

Yoh! If looks could kill, gogo would have been in Sun City for murdering Marothi.

She also questioned what God Marothi was praying to if he was so tight with his ancestors.

Over on the social media streets, fans of the show also couldn't believe what Marothi was saying and flooded the TLs with memes and jokes about malume's claims.

Rachel and Marothi they make a mean team. Real craft there. They belong together. Matchmade #SkeemSaam

Marothi says he is a praying man 😆😆😆😆😆 #SkeemSaam

#SkeemSaam
Rachel must not worry Marothi will come back pic.twitter.com/ha6IcFhRZ0

Can y'all give Rachel a break already , Imagine being caught for something you haven't committed yet😩#SkeemSaam pic.twitter.com/u4Eou08Emw