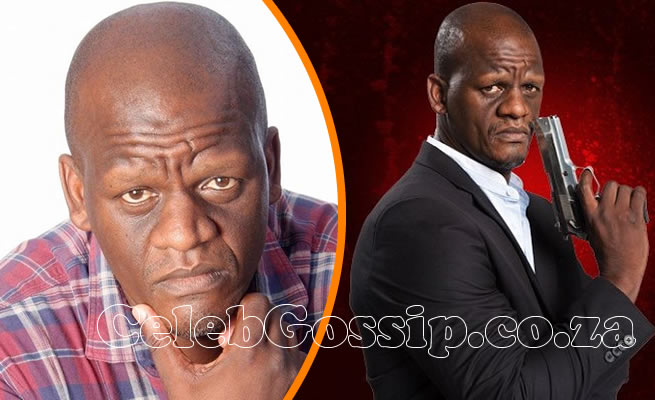 Captain Mthimkhulu is Uzalo’s no-nonsense top cop. But the TV show’s producers have shown him the door… Because they were tired of his nonsense!

These are the words of insiders, who claim actor Sifiso Simamane was booted for allegedly demanding more cash for his role in the SABC1 drama. Said an informant:

“Sifiso had a fallout with the producers because he demanded more money than the show’s bosses were willing to offer. He felt like he deserved more money, but when the producers refused to budge, he lost it and that’s when they decided to send him packing.”

When contacted for comment, Sifiso confirmed he was no longer part of the show. Asserted the TV captain: “I can confirm to you that I have left the show for greener pastures.

“Yes, I wasn’t happy with the money they were paying me, but you know that when one door closes, another one opens.” Sifiso said he’d reveal everything when he came back to Mzansi, as he’s outside the country.

Insisted the second source: “He was replaced with another actor after being shown the door. Given the state of affairs at the SABC, it was unfair of him to ask for a pay hike because, had the show bosses given in to his demands, more actors would follow suit. Remember, there was a time when production took a break because of non-payment by the SABC.”

According to the third source, the producers had numerous discussions with Sifiso about his salary demands.

“But he didn’t want to toe the line, so that’s when they decided to let him go. Yes, the show is number one in the country, but that doesn’t mean there is money. He was being greedy because he could have at least waited until the financial situation at the SABC eased up. I mean, he was a principal cast member. Now he’s gone and without another job,” the source said.

Said Uzalo publicist, Marang Setshwaelo: “Our award-winning formula has always centred around creating interesting new storylines and introducing fresh faces. Recently, viewers were treated to a riveting storyline supported by undiscovered onscreen talent. By the same token, the storyline has taken us to a place where Mr Mamane’s character will no longer form part of the support cast in Uzalo. We wish him all the best going forward and thank him for sharing his talent with us.”