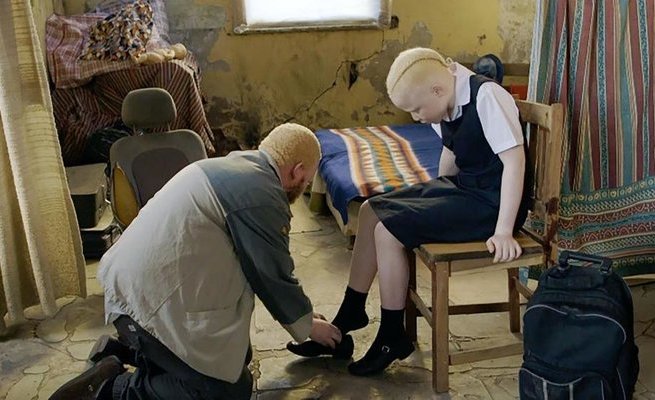 UZALO is one of Mzansi’s most popular TV programmes. However, not everyone is happy with the soapie.

People with albinism have come out to say they’re very disappointed with a recent storyline highlighting muthi killings.

The storyline sees a father living with albinism and his daughter being targeted for their body parts. The father ends up being killed and this has angered people with albinism.

Tryphina Nhlapho (32), an activist from Mpumalanga, said the way the characters were portrayed made people with the condition feel discriminated against. She said if television programmes wanted to feature people with albinism, they should be given simple roles that made people feel comfortable.

“They should tell positive stories and not the heartbreaking ones which are already happening in our communities.”

Tryphina, from KwaGuqa section 7 in Emalahleni, said she understood the programme was trying to raise awareness but the story should not have ended in murder.

Speaking outside the Witbank Magistrates Court on Wednesday, she said: “People see us as animals that are always being hunted. Everywhere we go, people just say ‘shame’. We’ve become a laughing stock.

“After the character with albinism was killed, people made jokes about it on social media. Our fears are playing out on television and I wonder who they consulted before writing that storyline.”

She said she believed the soapie was just trying to get more viewers.

“On social media, people made nasty comments. They said we look ugly when we are dead,” she said.

Gladys Nkosi (46), chairwoman of the Mbombela Albinism Group, said she appreciated that the soapie was trying to educate viewers but she agreed with Tryphina.

Mahlatse Magoro (29) from Emalahleni, who is also living with albinism, said the storyline reopened the wounds of the murder of 13-year-old Gabisile Shabani earlier this year.

ANC chairman for the Nkangala region, Speedy Mashilo, said the story made people living with albinism feel uncomfortable and scared.

Late yesterday afternoon Dreamcatcher Multimedia, who produce Uzalo for the SABC, responded by saying it needed more detail abou the complaints in order to comment.