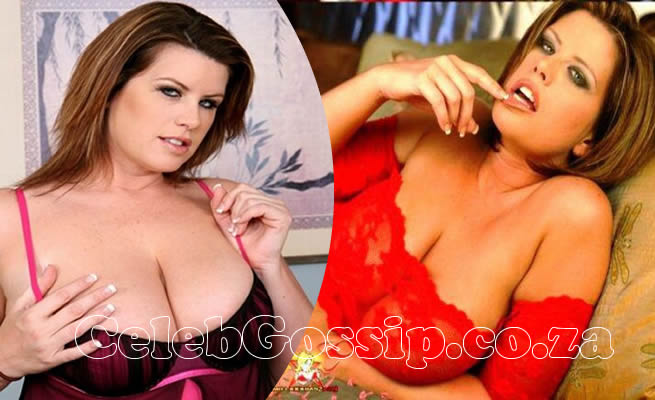 THERE’S your everyday poking, and then there’s extreme poking!

Now CelebGossip.co.za shocks you with these record-making sex facts. Prepare to be amazed…

2. The furthest ejaculation
Horst Schultz claims to have set the record for ejaculating the furthest distance. His record is just short of six metres.

3. Longest orgasm
This amazing record has been standing for 52 years. Set in 1966, and unnamed British woman is said to have had an orgasm that lasted 45 seconds, involving 25 contractions.

An unnamed woman managed to have 222 orgasms in the 2009 edition of the event.

7. Largest penis
An American actor called Jonah Falcon is said to have the world’s longest 'anaconda'. It is more than more than 34cm long when erect.

8. World's Largest Vagina (19 inches – 48.26 cm)
The World's Biggest Vagina most likely belonged to Scottish giantess Anna Swan (1846-1888), a remarkable woman who set a number of records relating to her bulk. Generally the largest part of an infant is the head. We know that the tyke's cranium measured about 19 inches (48.26 cm) in circumference, hence we compute the minimum dilation of Swan's passage as 6 inches, or just over 15 cm. That's pretty wide—the normal dilation for childbirth is 10 cm.

9. World's Most Impregnated Mother (69 babies)
Feodor Vassilyev (1707-1782), was a peasant from Shuya, Russia. Though not noteworthy himself, his first wife, Valentina Vassilyeva, set the record for most children birthed by a single woman. She gave birth to total of 69 children. She gave birth to 16 pairs of twins, 7 sets of triplets and 4 sets of quadruplets between 1725 and 1765, in a total of 27 births. 67 of the 69 children born survived infancy. The modern world record for giving birth is held by Leontina Albina from San Antonio, Chile. Now in her mid-sixties, she claims to be the mother of 64 children. Of these, 55 are documented.

10. World's Oldest Prostitute (82-year-old)
Meanwhile police in Tai Pei estimate an 82 -year-old nicknamed "Grandma" to be the oldest living, working prostitute. Chiu went into the business about 40 years ago, after a man she had lived with for two decades died. She stays in the business charging ten or twenty times less than others prostitutes.

12. Largest Natural Breasts
Bigger is better, right? Norma Stitz knows that because she holds the record for largest natural breasts at 102ZZZ. Yeah, she’s got more Zs than someone getting a good night’s sleep. And you’d better believe she’s embraced the honor: her name is a play on the phrase “enormous tits.” And we’ll go ahead and make the joke: it must be a real chore when she’s got something to get off her chest. Her size is 102 Triple Z, each one is 1.77 metres (70 inches) around, weighs 19kg (42 pounds), and gives her 1 metre (three and a half feet) of Cleavage.

13. World’s Oldest Virgin
Okay, technically, this is a bizarre non-sex record, but Clara Meadmore will get still some play here (for the first time, it seems). Meadmore puts Steve Carell in “The 40 Year Old Virgin” to shame because she lived to 108 and somehow never had sex, meaning the closest she ever got to carnal pleasure was if she tripped and somehow landed in a way that gave her a nice tingling sensation.

The British woman once said, “I imagine there is a lot of hassle involved and I have always been busy doing other things.” Hmm, too busy to get busy? Those Brits sure are quirky people.

14. World's Oldest Father (90-year-old)
The world's oldest father has done it again, fathering a child for at least the 21st time, at the age of 90. Indian farmer Nanu Ram Jogi, who is married to his fourth wife, boasts he does not want to stop, and plans to continue producing children until he is 100. Mr Jogi admits he is not certain how many children his series of four wives have borne him – but counts at least 12 sons and nine daughters and 20 grandchildren.