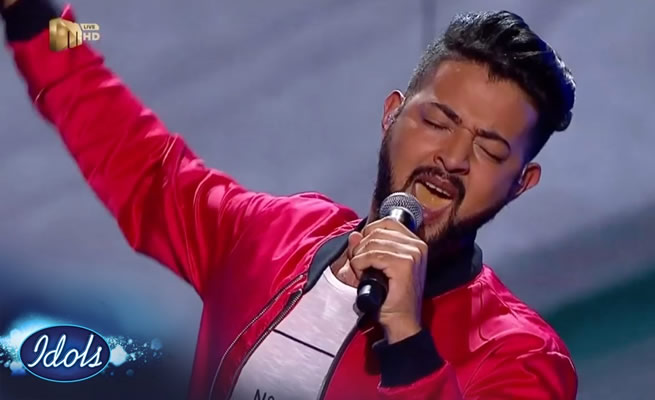 Idols SA top 10 contestant Niyaaz Arendse, 22, sings to make up for his parents’ failed dreams. The aspirant young musician from Ottery in Cape Town promises to bless South Africa with a soothing ballad today as the top 10 start their campaign at the State Theatre.

Arendse almost thought he did not make it to the top 10 on Sunday last week, as his name was called last.

Though he said he felt stupid that he cried on national TV after he made the cut, he said he was happy the country realised how much he wants to succeed in the competition.

The contestant revealed that his mother was a singer who almost made it but fear of the unknown stopped her from reaching for her dream.

He said she used to sing at the City Hall and was spotted by a scout one day.

“Someone spotted her talent and wanted to take her [talent to] international [stages] but that was during the times where people would be transported to foreign countries [under false pretences, only to be exploited later] and her mother feared losing her. She was her only daughter,” he explained.

His father also used to play the banjo in his heyday. Arendse said during his primary school years, the duo would busk on street corners.

Since he is from a musical background, he said he could not give up on his musical career because he wanted his parents to see a reflection of themselves in him as he wants his journey in Idols to be about fulfilling their lost dreams.

Arendse is in Idols for the fourth time after three failures. He first entered the competition when he was 16 in 2012, where he only made it to the directors’ cut. He continued to enter for the next two years before he gave the competition a rest. This year, Arendse came back more energetic and made it to the top 10 last week .

He started entering music competitions when he was in Grade 3. His mother had noticed his talent at the age of five, when she heard him singing along to the song I Turn To You, by Christina Aguilera.

“I entered the pro- Idols competition and came out second. Luckily, there was a guy [who loved my performance] and started [teaming up] with me. When I was 10 he took me to Voice Search competition but I did not win,” he said.

He entered SA’s Got Talent with his high school band, Boys Band, when he was in Grade 11 and they came third.