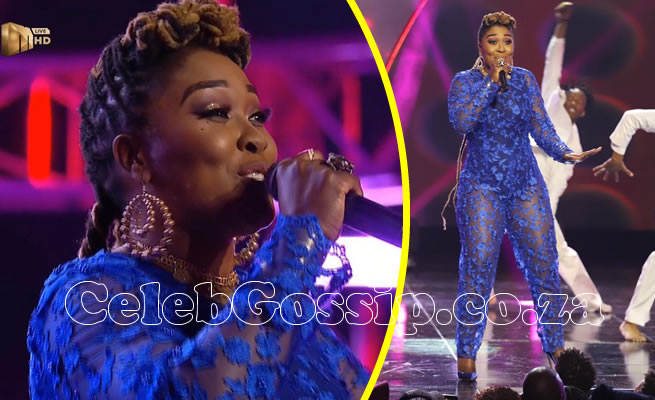 Lady Zamar would do well to avoid Twitter right now because everybody is talking about her outfit choice again – and they’re not being flattering!

The Collide singer was a guest performer on the most recent episode of Idols SA. This weekend, South Africa said hello to the 2018 top 10 contestants for the first time. To mark the big occasion, Lady Zamar was invited to perform for the audiences both in Pretoria and the millions tuning in from home.

Lady Zamar has been criticised for her “laid back” and often colour-clashing dress sense in recent months whether she’s dressed in casual clothing (remember that sporty outfit from August?) or she’s dressed for big events (*cough* Miss SA…).

Lady Zamar recently hit back hard at fashion trolls who compared her dressing to a “homeless person”.

The Charlotte hitmaker has often caused a frenzy with her ‘out the box’ fashion sense, but when someone told her outfit made her look like she was destitute, Lady Zamar didn’t take the comment lying down.

Last week, Lady it was reported that Lady Zamar is now single after breaking up with her cheating married boyfriend. The highly-publicised alleged relationship between BET award-winning rapper Sjava – a married man, and songbird Lady Zamar is rumoured to have come to an abrupt end.

This comes as the hip hop star is accused of cheating. Insiders said the couple called it quits because of Sjava’s roving eye and controlling ways. So maybe Sjava was cheating on Lady Zamar because of her alleged poor dress code.

Yesterday, the musician grabbed the limelight again with her bizarre dressing. Black Twitter had no kind words for her.

However, to her credit, Zamar responded to her haters by claiming that, unless she’s being paid for a gig or an appearance, she will dress as she pleases.

It seems as if this explanation wasn’t enough for online detractors because after watching her perform on Sunday, all the focus was on the vocalist’s wardrobe.

She showed up to perform in a blue, lace jumpsuit and we’ve tried our best, but it’s been difficult to find more than five people who had anything positive to say about this outfit.

Lady Zamar truly exhausts me. Tonight on Idols I hoped she wasn’t gonna wear one of her jumpsuits but girl came through in this baby. pic.twitter.com/jXsZiZNuhl

In fact, many called on the singer to either ditch her stylist or to avoid trying to be fashionable altogether. And those tweeps were being polite! The rest of Black Twitter took

Her outfit I am unable to can 😭👎

I love Lady Zamar, but that outfit😔 maybe it’s the colour😔 #IdolsSA pic.twitter.com/qsixOVwVbK

I love Lady Zamar and her music but am I the only one that kept seeing Mystique from X-Men with that blue outfit🙈? #IdolsSA pic.twitter.com/i72sZcQgQA

Be honest with us, was Lady Zamar’s outfit that bad?!