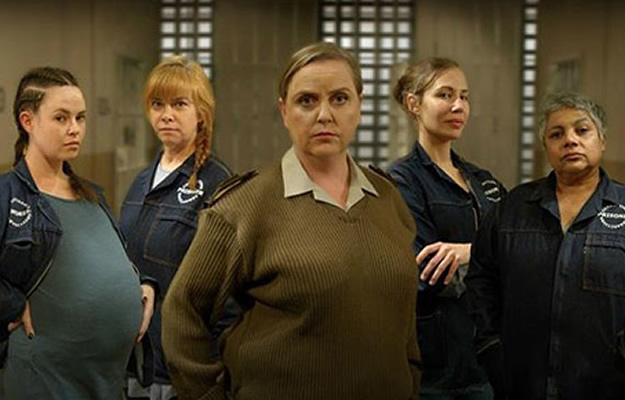 The actor and singer, who is also Lockdown’s creator, seemingly threw shade at the SABC 2 soapie’s prison storyline.

Mandla shared a picture of the 7de Laan cast dressed in their prison gear on his Instagram account recently.

“I’m glad we could inspire! When #lockdown makes denim the thing to be done. #trendsetters #trailblazer #blackbrainpictures,” he captioned the image.

Shade or just an observation?

If it works for Orange is the New Black and Lockdown, it can work for them.

Three seasons later and Lockdown is still one of the most popular shows on local TV.

The series regularly trends on Twitter and has even attracted international actors.

Speaking to Channel 24 in May, Tichina explained why she wanted to be part of the show.

“After speaking with him [Mandla] and how passionate he was about telling the black woman story of incarceration, which is a systemic problem we have in America as well, I was all for it – I am all in!”

I'm glad we could inspire! When #lockdown makes denim the thing to be done. #trendsetters #trailblazer #blackbrainpictures