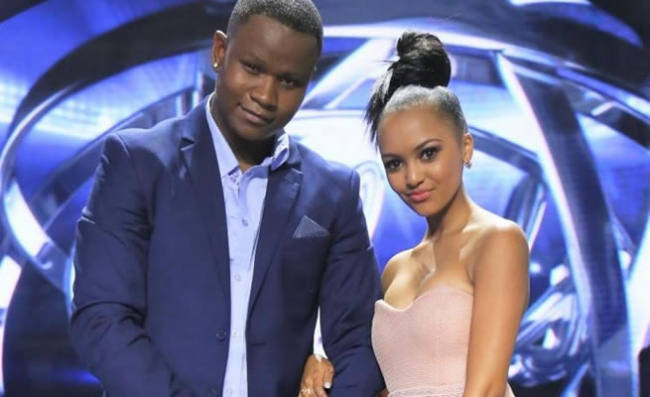 M-Net has refuted the claims made by former Idols runner-up Mthokozisi Ndaba in a recent interview that he wanted to quit the show.

The KwaMashu singer (26) was engulfed in controversy immediately after he stormed off stage after Paxton Fielies was announced as the winner of the 13th season of the reality singing show, and refused to attend the post-show press conference and the prize-giving ceremony and after-party – thefirst runner-up ever to simply duck and flee.

He remained cloistered in Johannesburg and received help from medical professionals only for a charge of assault to then be laid against him just before he flew back to Durban, by Neo Tsele who posted graphic photos of her battered and bruised face and accused Ndaba of hitting her and slamming her against a wall in a Braamfontein flat. She has since decided to drop the case.

In a new interview with DRUM Ndaba is now accusing Idols producers [SIC] Entertainment and M-Net of refusing to let him leave when he wanted to quit while he was in the Top 10 of the 13th season.

"Once I was in the top 10 I became greedy," says Ndaba. "Day by day I was losing myself, I was emotionally weak and drained and I didn’t want to be there anymore. I was homesick and there was too much pressure. I couldn't take it anymore. I wanted to pull out of the competition but the Idols team said no".

Nondumiso Mabece, head of publicity at M-Net for local entertainment channels, told Channel24 in response to a media enquiry seeking comment about Ndaba's claims, that contestants are not forced to remain part of Idols.

"Participation in Idols is purely voluntary and contestants are welcome to leave the show at any point they might deem it necessary to do so. In the past 13 seasons of Idols South Africa we have not had a contestant who wanted to leave without being voted out of the show."

Channel24 asked if Idols contestants are receiving psychological and emotional support, what is the quality or nature of this support, if Mzansi Magic and [SIC] Entertainment couldn't pick up during the show that Ndaba has problems, allegedly wanted to quit, felt "emotionally weak and drained" and was under too much pressure as he now claims.

"Idols top 16 contestants receive different types of support during their stay in the show and this ensures that they are physically and medically prepared to do their best in the show – some contestants have even requested the opportunity to see preachers in order to receive spiritual support," says Nondumiso Mabece.

"Idols and Mzansi Magic are not at liberty to discuss the nature and extent of medical assistance Mthokozisi Ndaba was offered and received, as that goes against his right to privacy."