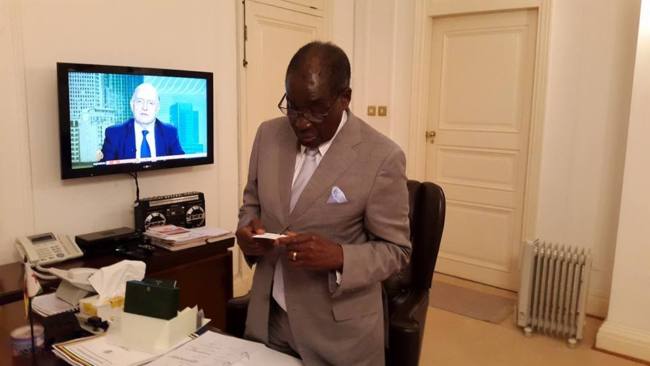 Zimbabwe’s first post-Robert-Mugabe-era feature film – titled Cook Off – will have its African premiere at the Durban International Film Festival (DIFF) at the weekend.

Mugabe, 94, was ousted in November last year after a military intervention in the troubled country he ruled with an iron fist for 38 years.

Cook Off follows the journey of Anesu, a down-on-her-luck single mother from Harare’s Budiriro township who becomes a national sensation after she qualifies for Zimbabwe’s top reality TV cooking show, but then finds herself out of her depth battling against professional chefs.


The feel-good film was completed for less than US$8 000 (about R107 400) – surviving relentless cash, power and water shortages, riots, police harassment, and the devastating consequences of a countrywide economic crisis.

“As the economy collapsed in Zimbabwe, local filmmakers got hooked on donor funds and made pieces about ‘issues’, but without their heart in the story,” said Tomas Lutuli Brickhill, writer and director of Cook Off. Brickhill is a third-generation Zimbabwean.

“We wanted to change all that and return to universal stories with commercial appeal that could restart the Zimbabwean film industry.”

The film will have its continental premiere at the DIFF on Saturday.

Mungoshi shot to fame with her lead role in Neria, the Zimbabwean film made in 1993, based on a novel written by Tsitsi Dangarembga.

Soon after, Cook Off was selected for the prestigious Rotterdam International Film Festival (IFFR). It was the first time a Zimbabwean film was screened at Rotterdam in 22 years.

“Cook Off has given birth to a new era in Zimbabwean filmmaking,” added producer Joe Njagu.

“Cook Off moved away from the individualistic approach that local filmmakers usually follow and showed that if we collaborate and put our heads together on a project, two is definitely better than one. It’s the direction that the Zimbabwean film industry needs to take.”

The film premiers on Saturday – just a week before Zimbabwe’s momentous elections, the first in four decades without Mugabe on the ballot.

Cook Off will also be screening at the Gateway Ster-Kinekor in Umhlanga at 8pm on Friday, 27 July and at the Cinecentre, Suncoast Casino at 12pm on Sunday, 29 July.