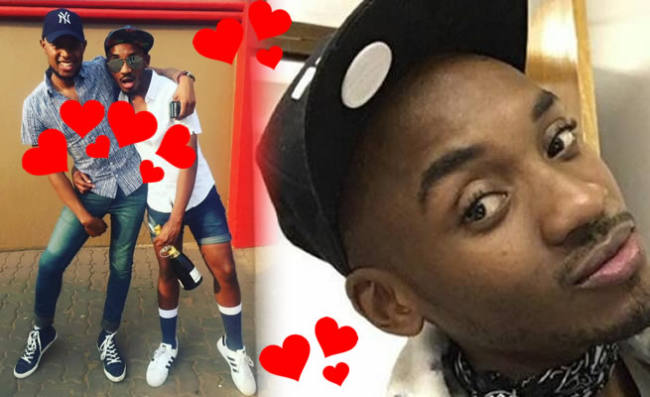 Office romances can be tricky, but what do you do when you realise your colleague has become your crush?

Well, Frida took the matters into her own hands, and contacted Mzansi Magic's Uyanthanda Na? to help her profess her undying love for her work mate, a gentleman by the name of Theo.

Frida said she developed feelings after a steamy smooch she and Theo shared at the work year-end function.

😣sometimes your crush just doesn’t know what they’ve been doing to you… #Uyangthandana tonight at 8pm! Please do tune in🕺🏿🇿🇦📺 #GeeUnit spread the word🙏🏾 pic.twitter.com/yLtQz7ca96

When he finally spoke, Theo said: "It was a Christmas party, were drunk … it was just festive vibes".

When asked if he was in a relationship, Theo responded by "It's complicated". The phrase he repeated throughout the show.

Tweeps reached a consensus that Theo is gay, and as receipts started to drop, an image of Theo and Mohale, who is Somizi's fiancé emerged.

#Uyangthandana Theo is gay, the "complicated" part he's talking about is being gay pic.twitter.com/9fcrOSTmiL

My sister, It looks like brotherman prefers your brother instead 🤣🤣🙈🙈#UyangthandaNa pic.twitter.com/tQILXhbmNN

I'm so happy, I couldn't be more thankful…I got what I wanted," ecstatic Frida said.