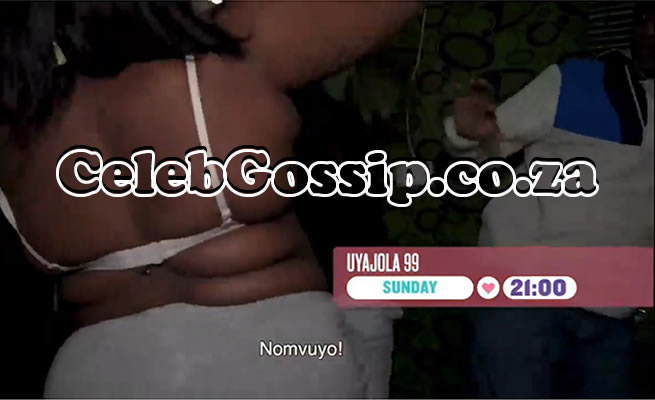 It’s the moment Mzansi has been waiting for: season three of Uyajola 9/9 and the return of host Jub Jub – and by the looks of it, it will be the most dramatic season yet!


Taking to their social media platforms, Moja Love shared an unseen snippet of what we can expect to see on Uyajola 9/9 on Sunday. And it’s clear that the first episode of season three packs some major punches.

In the clip, a woman named Buyiswa approaches Jub Jub to do some digging on her fiance – whom she claims is “acting suspiciously”

And Jub Jub does just that – catching the man busy enjoying tlof tlof in bed with his female neighbour. The rapper is also seen holding up a strip of condoms, indicating that things are getting hot and heavy.

Just then, fists and weaves start flying from the neighbour who is seen wearing just her satin underwear.

“The friendly neighbour proudly feeds Buyiswa’s boyfriend from top to bottom, something she clearly can’t do”, Moja Love hilariously captioned the Uyajola 9/9 clip which has raked up thousands of views.

On Twitter, South Africans expressed their excitement ahead of the episode.

And according to one tweep, this season will be one to remember. Karabo Mokgoko tweeted: “In this new season of Uyajola 9/9, there’s no curfew. So they catch cheaters all day and night. [Also] It’s not just in Johannesburg, The new Uyajola covers all nine provinces.”