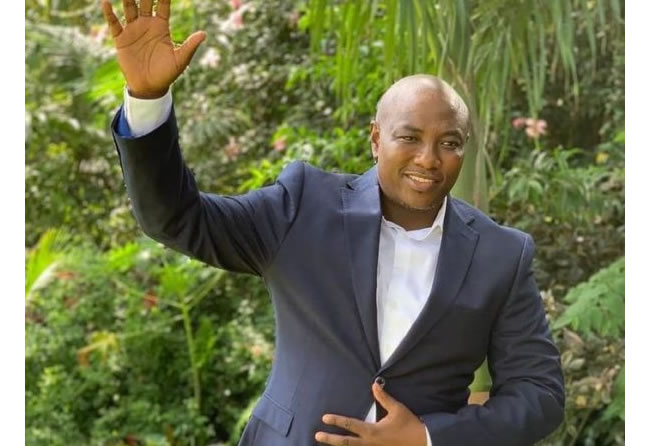 He’s not usually the bearer of good news.

When women see him, they want to run in the opposite direction and every week he trends on social media for his show, Mnakwethu.

Polygamist and TV personality Musa Mseleku says he is not trying to promote anything with the show, but he just wants things to be done right.


Mnakwethu is a show where married men, with Musa's help, tell their wives about the other women in their lives. Musa helps these men break the news to their wives that they want to take another wife.

“We are only telling the story of something that is already there,” he explains.

“People talk like I am promoting umjolo when umjolo is already there. I am also not promoting that people have multiple partners either.

"The way people go on, it's as if I go around asking people if they have other partners outside of their marriages and if they don’t I offer them to them, and that is not the case.

“What we have found is that probably only 2% of men are monogamous, and the rest have extramarital affairs. In the long run this could damage families and I am there to help to say if you already have a partner outside, rather do it properly and traditionally, then no one gets hurt,” he says.

He says very often while the wives do not know about the girlfriends or baby mamas, the other women do know about the wives, putting them in a better position than the wife.

“A common mistake men usually make is that instead of spending equally on both families or both homes, they spend more on the other women in their lives than their wives.

"As a result, things don’t look good on the home front. They do this because they want to keep the other women and in order to keep them, they must make sure they are happy and their needs are met.

"What they should be doing is being transparent with their wives instead of living double lives.”

Musa says many men who come to his show do not speak to their wives privately about the other women in their lives out of fear of rejection.

“They say the wives won’t agree and they need me there to help convince them otherwise. They think arriving with me and cameras is better because they are scared of their wives’ reactions.

"I am just like a pastor who sees people living in sin and I advise them what to do to make the situation fair for all concerned, I do not send them to stray.”

Infidelity is what is hidden, Musa says, everyone should be out in the open so families – especially children – do not suffer.

“I make sure I am respectful and I give advice where it is needed. I agree, men who do not have money should not want isithembu because any relationship requires money.”

He says what most people do not know is that rich men continue to have extramarital relationships.

“That is because they have a lot to lose. If they introduce the idea of having another woman then, the wives will divorce them and because of the assets they have, they choose to continue living double lives," says Musa.

"Some go as far as buying townhouses and cars for their girlfriends.”

He says he himself has been asking his wives for permission to get another wife, but because he does not bully his wives that has not happened yet.

“I am not a chauvinist, my wives run the show, they call the shots.”