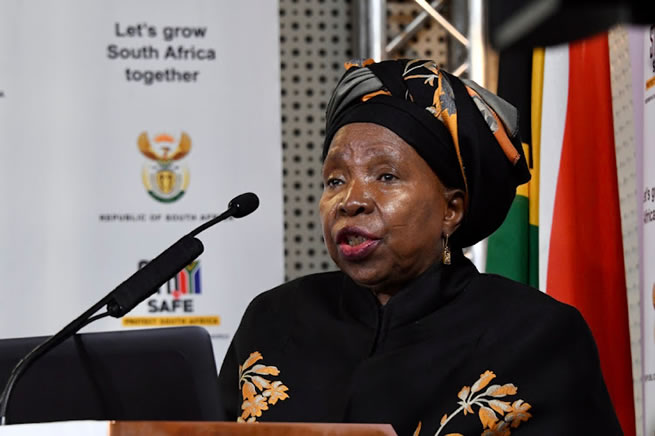 Co-operative governance and traditional affairs (Cogta) minister Nkosazana Dlamini-Zuma has extended the Covid-19 national state of disaster by a month.

In a statement, her department said the decision was taken after consultations with relevant stakeholders.

“The extension takes into account the need to continue observing all non-pharmaceutical interventions against Covid-19 and increasing vaccinations as part of contingency measures being undertaken to mitigate against its effect,” it said.

What is a national state of disaster and why does it keep getting extended?

The national state of disaster refers to protective measures implemented by the government to prevent an event that may cause death, disease, injury and damage to property.

A national state of disaster is also defined as an event that affects more than one province or a single province unable to deal with it effectively.

Is SA experiencing a never-ending national state of disaster?

SA has been under the national state of disaster since March 15 last year. Western Cape premier Alan Winde on Wednesday called on the national government to end it as it is negatively affecting the economy and livelihoods.

“If we want to recover and create jobs, we can’t be in a state of disaster indefinitely. That’s why I asked for transparency on the road map to end it. Given the response received today, it is clear that there is no plan. This is a problem that needs to be addressed urgently,” he said.

Speaking late last month, President Cyril Ramaphosa said if it were up to him the national state of disaster would have been lifted already.

“I wish it could end today. I really wish we could say the state of disaster has ended but we are guided by science and the science of the pandemic and the advisory committee advises us on all this. But there is fear and concern that there could be another wave.