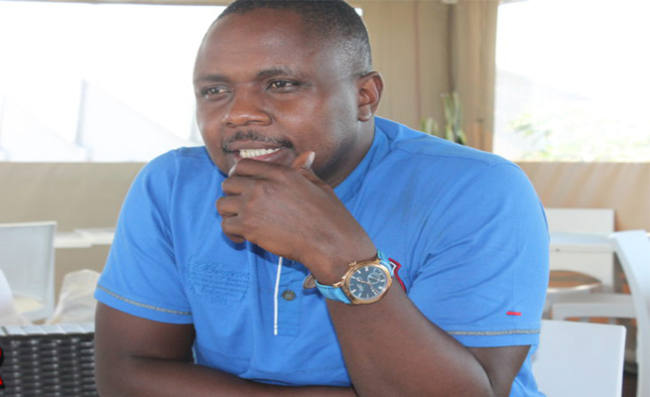 FROM his days of playing Javas on SABC1’s Yizo Yizo, to his latest role of Keromemang on Mzansi Magic’s Isithembiso, Mavuso Magabane (formerly known as Meshack Mavuso) has come a long way as an actor. He tells Move! that there are too many models on TV and that producers need to pay actors enough. He also shares how it feels to be the only man in his household.

MARRIAGE AND FAMILY
Mavuso is a family man and has been married to his wife for 23 years. The former Zone 14 star says he is fortunate to have married a woman who is smart and an academic. “My wife is in politics and I am an actor. We never fight for attention or the spotlight because we are in different fields. My wife feels that acting is my thing and that is why she will never do interviews and photo shoots,” he says.

BEING THE ONLY MAN AT HOME
He also adds that his wife is quite old school. “She cooks, cleans and does the laundry and makes sure I am neat and presentable when I leave the house. She always says, when people see me untidy they will judge her for my appearance,” he laughs.

The father of four girls also says when he is at home he is not an actor, he is ‘papa’ and a husband. He says he enjoys being the only man in his house among five women, because it feels special and he is usually spoilt.

“Sometimes my wife gets jealous and says my daughters love me too much,” he says.

As a way of bonding with his daughters, Mavuso watches cooking channels and they sometimes try out new recipes.

CHALLENGES IN SHOWBIZ
Mavuso says he feels he has done everything he thinks he needed to do in terms of his acting career, from theatre to television. Now what is left for him is to give back to the community by teaching other young actors.

Speaking on salaries paid for actors, he says, “I’m an actor and that is what I am great at. I don’t want to die poor and it is high time producers take us seriously and pay us accordingly.”

THE BUSINESS OF ACTING
Mavuso tells Move! that if there is one thing he has learnt in his more than 20 years in the acting industry, it is that one needs to know and understand the industry.

“There are way too many celebrities and few actors on set. People must be hired on the basis of their skills and not just because they are yellow bones or have muscles,” he says.

Having come out of Alexandra Township himself, Mavuso says that many actors from Alex are not only talented but rooted.

“Look at Zakhele Mapondo, who plays Skhaleni on Isibaya, and Mduduzi Mabaso, who portrays Suffocate on Rhythm City, and Israel Matseke Zulu (formerly known as Israel Makoe) who plays gangster roles. They are rooted and passionate actors. We need more of these,” he says.