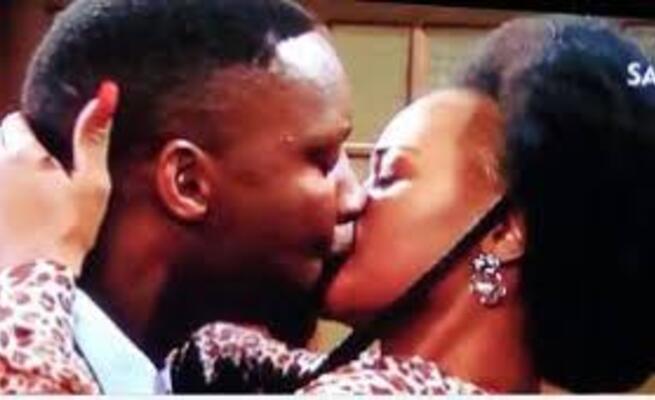 SABC2’S multilingual drama Muvhango has been rocked by a sexual harassment scandal that resulted in the acrimonious fallout between the accused, soapie general manager Mbijana Manatha and creator Duma Ndlovu.

Manatha and Ndlovu are long-time friends who grew up together in Soweto.

Manatha believes the accusations were part of Ndlovu’s elaborate plan to kick him to the kerb for cancelling a lucrative catering tender that the company awarded to Ndlovu’s female acquaintance.

According to staff members, who did not want to be named for fear of victimisation, the behind-the-scenes drama came to the fore when a staffer, who cannot be named for legal reasons, laid a sexual harassment complaint against Manatha last year.

The staffer, who saw the letter of complaint, said the employee alleged in it that, just before lunch on August 12 last year, she was bending over the water cooler at the production office in Auckland Park, Joburg when she felt hands on her back.

She alleged that when she turned around she saw Manatha who said: “Kudala ngifuna ukukuthinta esinqeni sakho, khona nam’ ngizosolwa isexual harassment [I’ve always wanted to touch your waist so I can also be accused of sexual harassment].”

She said she then laughed it off and made small talk with him about the new offices.

The staffer said the woman claimed that she shared what happened with her colleague, who advised her to report the incident to her head of department.

The staffers said Manatha, in his defence, refuted the allegations.

“He stated that he went to the area where the coffee is made and the woman was at the coffee area.

“He stated that she bent over and that her back was exposed. He stated that he patted her on the back with his finger and said ‘don’t expose your figure.’

He said he did not touch the exposed part of the employees’ body and also denied that he put his hands on her waist, adding they then laughed and carried on making coffee.

“He said he did not know why she said those words because they made no sense. He feels there is a vendetta [against him] and it is like she is being coached,” said the staffer.

The staffer also said a law firm, which was contracted to conduct investigations, did not pronounce Manatha guilty of sexual harassment, but suggested that because of his seniority in the company, he apologise to the complainant.

The firm also recommended that a written warning be given to him, but Manatha refused to apologise.

Ndlovu and new CEO Mandla kaNozulu also tried to coerce Manatha to apologise in exchange, so that the complainant does not press criminal charges against him, but he refused and chose to go to the Commission for Conciliation, Mediation and Arbitration (CCMA).

The CCMA did not find him guilty of the alleged offence.

The staffer said Manatha felt the sexual harassment case was fabricated as part of Ndlovu’s elaborate plan to get rid of him after he cancelled a catering contract awarded to Ndlovu’s female ally.

This after maggots were found in the food she gave to some cast and crew who suffered food poisoning and were admitted to hospital.

“Ndlovu was upset with Manatha and said he did not give her a chance to prove herself about a year ago.

“That strained their relationship and sometimes Ndlovu would come to the office and not even talk to him,” said the staffer.

The staffer also said after the cancellation of the contract, Ndlovu hired Kanozulu as CEO. Kanozulu later convened a meeting and introduced a new company organogram that did not include the general manager position.

“Since then, Manatha has just been working there without a job title. You could see that they just wanted to frustrate him out of the system,” said the staffer.

The staffer said Manatha was concerned that his plea to Ndlovu to get the complainant to apologise to him after he won the case at the CCMA was ignored.

The staffer also said Manatha was charged again and suspended on Friday last week on charges related to value-added tax.

“They sent a driver to his house in Roodepoort to confiscate the company laptop and other equipment after suspending him,” said the staffer.

Thanduxolo Jindela, Muvhango’s spokesperson, said: “We would like to put it on record that it’s not true that Mr Manatha was exonerated by the CCMA of the sexual harassment charge. Word of Mouth Pictures takes issues of this nature seriously. We will do everything to make sure that employees charged with such face the necessary procedures.

“Mr Manatha went through a DC and was found guilty. The CCMA matter did not involve the merits of the case,” he said. Manatha declined to comment.