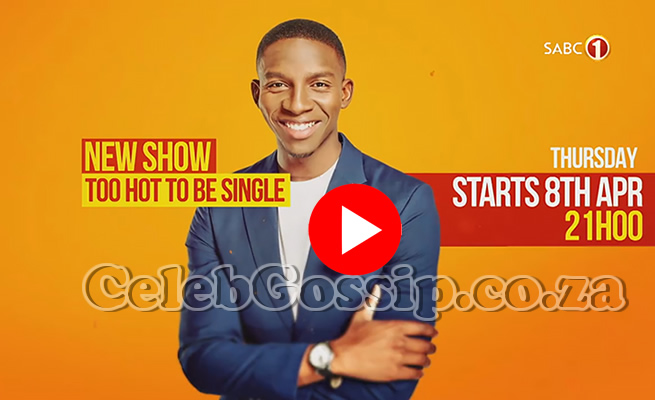 SABC 1 took to Twitter on Wednesday, 7 April 2021, to share the official preview of its new reality dating show, Too Hot To Be Single. The show is set to be hosted by actor and television personality, Lawrence Maleka.

Maleka currently plays the popular character of Zolani on The River, but his new role is set to remind the public that he is also a talented host.

The show is expected to be filled with games and lively personalities willing to go to any lengths to find “the one.” Based on the preview, the show is set to see plenty of laughs, beautiful and handsome contestants, and the possibility of some of the contestants finding a long-term partner.

It appears as if SABC could not let its competitor, DSTV's Mzansi Magic get away unchallenged with its Date My Family reality show, which, as the name suggests, is a dating show.

Date My Family is a South African reality lifestyle romance television series produced by Connect TV for Mzansi Magic. The series aims to help singletons find their love interest by setting them on dates with their potential partner's closest friends and families.

The show broadcasts on DSTV channel 161 on Sundays between 6pm and 7pm and is South Africa's most popular dating show.