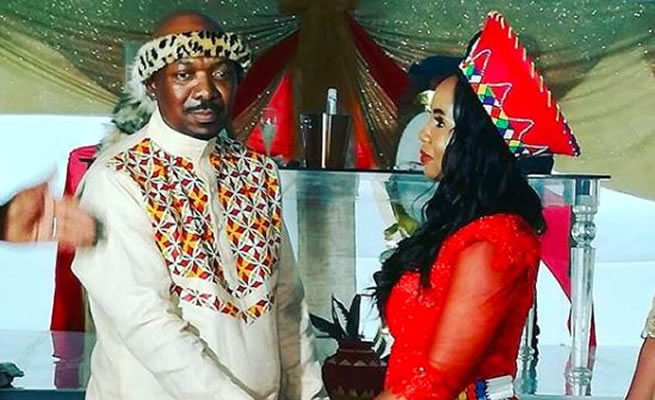 As she tries to pick up the pieces, Menzi Ngubane's wife Sikelelwa has thanked the nation for its overwhelming support.

Menzi was laid to rest in his hometown Ladysmith in KwaZulu-Natal on March 20. The veteran actor died after suffering a stroke, aged 56.

Sikelelwa penned a message to acknowledge all the messages of support during this difficult time.


The heartfelt message was also shared on the late Menzi's official Instagram page.

"We all know how Menzi loved his family, making sure they are always happy. Here’s a message from his Queen MaNgubs where she acknowledges all the messages sent during this difficult time. There are projects that were left unfinished, and we will continue where Menzi left off to make sure he smiles in his resting place," the post was captioned.

Sikelelwa expressed her heartbreak and devastation in a letter read at Menzi's funeral service by her sister.

"You promised me we will be together until we are 100 years but you broke that promise. I am so lost without you. We had so many plans Dali, uthi ngenze njani manje?," read part of the letter.

She also took a trip down memory lane to when she first dated Menzi in 2004 and reflected on how they reconnected in 2013.

Sikelelwa described the years that followed as "the most important, the happiest years of my life".

"Thank you for loving me. You made me feel so special. You have set the bar so high no man will be able to reach it. I am broken and it will take time to go back. I doubt I will ever be the same again."