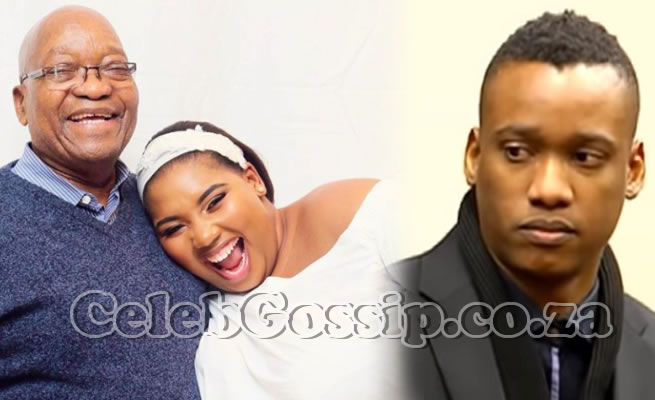 Former president Jacob Zuma's ex-fiancé, Nonkanyiso Conco, once again became the talk of the town after a 'truth or dare' game put her in the hot seat to answer questions about being attracted to Duduzane Zuma.

Nonkanyiso, who is also known as LaConco, has a sassiness that many got to learn on the reality show and is a true reality TV star.

During a truth or dare game, LaConco was asked had she not met the former president first, would she have dated his son Duduzane.

LaConco, having said multiple times that any topic relating to the Zumas was off limits for her, gave a quick response to the tricky question saying “definitely not” and then went on to explain that as a woman she has a certain type of men she goes for and Duduzane was not one of them.

LaConco first hit headlines in 2018 when she got engaged to Zuma. She had a son with him but reports soon emerged that the relationship had ended.

Meanwhile, tweeps loved the game and the saucy questions.

The Duduzane question was a win for many of LaConco's fans who have been dying for her to spill anything about the former president and his family.

Here are some of the reactions from the spicy episode:

“If you met Duduzane first, would you have dated him first?” 🤣🤣🤣 i think LaConco isnt being truthful with her answer. But shame I agree with Sorisha, I wish her a present and young partner to have fun with and actually spend time with #RHODurban

Truth or Dare… Ayanda asking Laconco if she could've dated Duduzane if she met him before she meet Baba ka Duduzane… #RHODurban pic.twitter.com/FmMWMde5ss

I'm shocked Ayanda proposed that Duduzane question to Sorisha. She put her on the chopping board there. She surely knows that Laconco doesn't wanna talk about it. What Laconco once said STILL holds true. "I feel like Ayanda is my friend but I am not her friend". #RHODurban #RHOD

Can people just deal that @la_conco is also dealing with politics and a public relationship. If she can’t answer your questions she’s doesn’t want too. She has enough going on. #RHODurban pic.twitter.com/W0Gk7Dv736

LaConco adds that thing to the show. She’s very confident and was a good host.

I understand that laughing moment with Ayanda, it sometimes happens when you’ve been friends for long. You end up laughing at the fact that you are laughing. Bit rude but it happens#RHODurban

LaConco you are so beautiful and so eloquent in both English and Zulu. You are such a Queen. #RHODurban pic.twitter.com/l11rZY080w