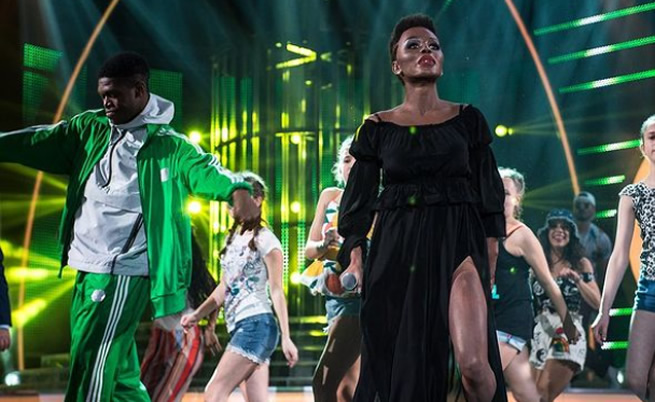 Bulgarian singer Mihaela Marinova has faced international backlash after dressing in black face to look like SA songbird Nomcebo Zikode for a TV performance of Jerusalema.

Mihaela underwent a huge transformation ahead of an appearance on Bulgarian TV music competition Kato 2 Kapki Voda, which tasks singers with recreating popular hits from around the world.

She later performed Jerusalema on stage, to much applause, but it was her impersonation of songstress Nomcebo that got fans and social media users around the world fuming.

are my eyes deceiving me….. pic.twitter.com/rOVMr6QTnn

Real Housewives of Atlanta star Porsha Williams shared a video of Mihaela taking off her black face, and shared her disgust at the impersonation.

The video also went viral on social media in SA, with Nomcebo topping the Twitter trends list as people urged her and Master KG to take Mihaela to task.

Others questioned how black face could still be happening in 2021 and questioned how no-one on the production felt the need to raise a red flag over the incident.

Mihaela has not responded to the public outcry. Master KG and Nomcebo have also not commented on the incident.

This is not the first time the show has come under fire. It was criticised last year for mocking Korean K-Pop culture after a contestant impersonated BTS’s Jimin and the show's hosts allegedly said the singers were “too feminine”.

Here are some local reactions to the performance:

Out of all the people who make that show none of them said hey guys this is really racist and disrespectful?? Not even one? WOW

Zulian said 'Why could you not just perform the song, WITHOUT black face?

If you wanted Nomcebo to perform you could have arranged that? Fly the good sis out?

Does everyone in this video think this is okay? How the fuck?

This racks up LEVELS of racism and disrespect. Levels."