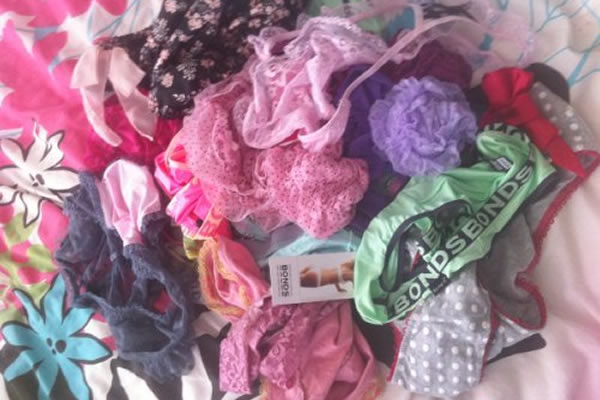 FRIENDSHIPS were shattered and the prospects of fame lay in ruins after a member of a band was bust stealing dirty panties and secretly filming girls peeing.

Among the alleged victims of Megat Salleh, were his fellow female band members and close friends.

The whole sorry saga was played out on Twitter last week after Salleh was allegedly caught red-handed stealing the used underwear of a close friend.

A furious ex-friend, Ze, tweeted: “Have you ever had a really close friend who you thought you knew for years, that turned out to be a sexual predator all along? Yea, we just found out.”

Have you ever had a really close friend who you thought you knew for years, that turned out to be a sexual predator all along? Yea, we just found out. This is a thread.

In a long, shocking thread, Ze explains how they would go to rehearse at a friend’s flat. She often complained that her underwear would mysteriously go missing after these rehearsals, and finally decided to put a secret camera in her bedroom.

This is how the band got the hard proof that their guitarist was a sex perv, according to the tweets.

It turns out that he had stolen no less than 15 pieces of used underwear from one victim alone!

Fellow band member Celyn also took to Twitter to explain how she had always found Salleh a bit creepy, but had decided to give him the benefit of the doubt.

But when she finally discovered what lay behind his weird behaviour, her sympathies for him vanished.

Celyn noticed that every time she wanted to use the loo during rehearsals, Salleh would beg her to let him go first.

Finally she bust him, having found where he had secretly hidden his cellphone in the toilet so he could film her peeing!

Celyn tweeted: “When I saw his phone there, I panicked. I kind of suspected it, but still knowing that your close friend will ever think of doing that to you really f**ks you up. My hands were shaking, lips were trembling. I didn’t pee of course.”

Salleh tried to brush the whole thing off as a joke, but his ex-friends weren’t buying it.

Salleh has now been officially dumped by Night Skies & Visions.