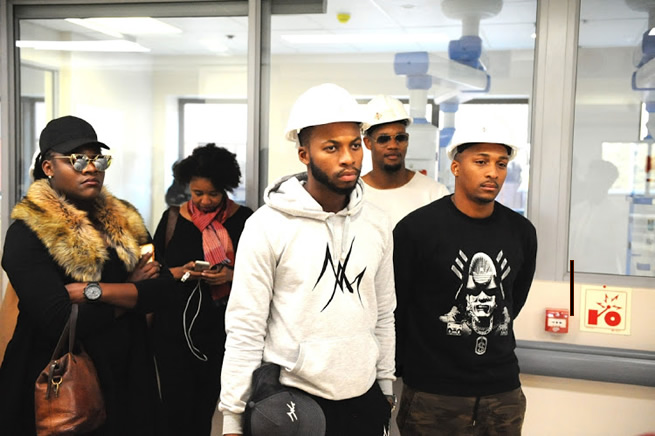 Maphalala as Mxolisi and Dlamini as Mastermind will reprise the roles that made them household names on April 20 as they team up for the biggest heist ever seen in KwaMashu, KwaZulu-Natal.

Former Isidingo actor Khabonina Qubeka will make her debut tonight (Monday) as temptress Nokuthula. She will enlist MaNgcobo’s help to pull off a heist dubbed “Bonnie and Bonnie”.

After seven years, viewers of the SABC 1 soapie will bid farewell to King’s villainous character, MaNgcobo, in a memorable showdown during season seven that premiered on Friday.

“We wanted to give MaNgcobo an epic send-off and also celebrate where the magic all started,” Uzalo executive producer Mmamitse Thibedi told Sowetan yesterday.

“The story will continue to explore issues and stories that represent the people of KwaMashu and South Africa at large. Every shift, every turn, is an opportunity to create something new, to breathe new life into the show.

“And so with the departure of Dawn Thandeka King, we are sad to see her leave but excited about the opportunity to bring in a new dynamic into Uzalo that will give us explosive and moving stories.”

“The feeling of going home can never be put in words. I’m home with my family and some of my siblings are back with me to make more fire on the greatest show ever in South Africa,” Dladla said.

“I’m excited by the stories and the actors who are about to perform the hell out of those stories. I’m excited for the viewers, who will be enjoying high definition entertainment for 30 minutes every night because we know that we are the best because they made us the best.”

The show will tomorrow also introduce new character Wenzile Nhlapho, played by Mbali Maphumulo, who is known for her role as Buhle in Isibaya. She will portray Phelelani’s (Omega Mncube) mother, who plans to end his romance with Nonka (Thuthuka Mthembu).

Reality TV star and businesswoman Shauwn Mkhize last week also made her acting debut on the show as a mysterious wealthy woman who purchases KwaMashu Kingdom Church. Thibedi said the role was only on an ad hoc basis.

Aside from King, Uzalo is also saying goodbye to Jet Novuka and Siyabonga Shibe.

“We are incredibly fortunate to have worked with such a remarkable host of actors. We wish them all the best in their future endeavours,” Thibedi said.

Renee Williams, general manager for SABC television content, added: “We are excited for our audiences to experience this season. The Uzalo production team is brilliant and energised and promises a season of high- stakes drama, riveting storylines, jaw dropping moments, creativity and skillful production.”