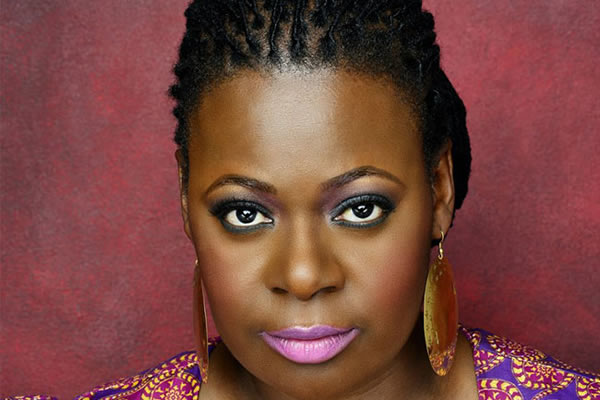 It is not every day that a successful musician gives credit to someone who gave them their first shot, but Judith Sephuma did.

Speaking to Azania Mosaka on SABC 3’s Real Talk, the jazz singer honours Brenda Fassie for giving her the first experience on stage back in the 80s.

And she believes that the late afro-pop singer saved her life when she asked her to come live and tour the country with her for the whole month.

“The money I was getting I would send it to my mom because I didn’t know what to do with it. I wasn’t even supposed to be working according to me,” she told the host, Azania Mosaka.

Judith says this had happened when the schools were closed because of the riots in the 80s.

“I think she possibly saved my life because I would have been involved in those riots and got hurt or worse. I lived with her.”

When Azania asked her how she feels about honouring the Vulindlela hit-maker, Judith said she doesn’t have a choice but to.

“I used to want to be like her. I learnt that I cannot be her. I found myself because there can never be another Brenda Fassie. We can only be inspired by her.”

Also, that month with the singer in the bustling city of Jozi changed her mind about what she wanted at the time.

“The weed that I saw and more, made me decide that this is not my life, this is not what I want. Just from seeing not participating.”

In 2016, in an interview with Gareth Cliff on Cliff Central, the singer revealed that she decided to pack her bags and go back home when a man had touched her inappropriately.

Judith had met Brenda when she had run away from home at the age of 13. And she was able to go under the fence, pass the security guards to get to her idol.

“When I got to her I was already in tears. I said I want to sing for you, she said can you sing? I said yes and then she said sing for me.”

Brenda was blown away by her voice that she got everyone around to back Judith while she sang.

“It was one of the most amazing moments of my life.”

They both went on stage to sing Brenda’s popular song, Too Late For Mama.

“I got so famous. I knew on that day that my life was different. I was not an ordinary girl. From that day onwards there were people coming into my house, my mom refused media because she didn’t understand, she thought they were going to steal me or something,” tells Judith who went on to study Jazz at the University of Cape Town.

Judith also spoke about her upcoming 44th birthday tomorrow, losing her mother last year and her baby Mbalenhle Mhlambi in 2014 who was born at 32 weeks.