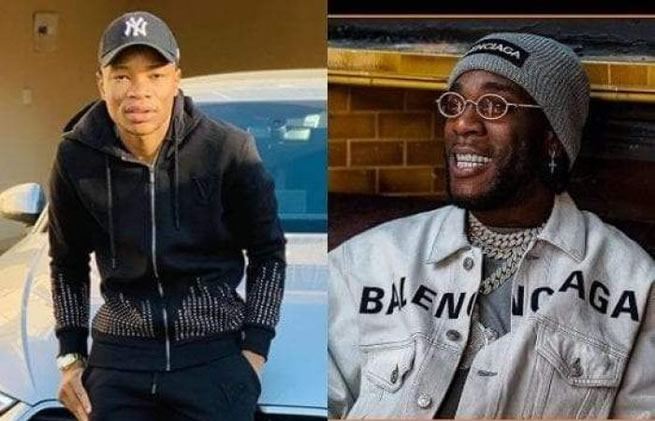 It goes without saying that internationally renowned musician Master KG is a force to be reckoned with, and even Nigerian singer Burna Boy chose to hop onto the hitmaker's wave without any payment for his contribution to the Jerusalema remix.

This was made known by the hitmaker himself during an interview with a Nigerian publication, The Punch.

Even though the original version of the hit has gained commercial success, the remake which features the West African icon and South African vocalist Nomcebo Zikode, has since surpassed the original song’s success.

“I did not pay Burna Boy to feature on the remix of the song, Jerusalema. There was no paid fee for this feature to happen. The amazing thing about the song is that it was already popular.

“According to what I heard, the song was one of his favourite songs as well. It was so easy to make it work and make the collaboration a success. So, there was no payment for the feature,” Master KG remarked.

He added he also felt that the reason there was no money involved was because Burna Boy also loved the song and related to it. “It was not something he did for money, instead he did it because it comes from his heart.”

After a successful year with the internationally acclaimed hit, Master KG  earlier last year said that he was humbled by the huge reception the song received.

“It's so beautiful to see how Jerusalema has taken over the world, to see how far it has gone. The song did amazing at home, in December 2019 charting on each and every radio station. It ruled the streets and people created memories to the song.”

While the song was popular on local charts, it really took off when it was used as the inspiration for a global dance challenge on social media platforms like TikTok and Instagram last year.

Master KG had initially revealed that his dream was to reach 100 million streams on YouTube, but he reached that figure in August last year and by January the song had reached more than 300 million views.