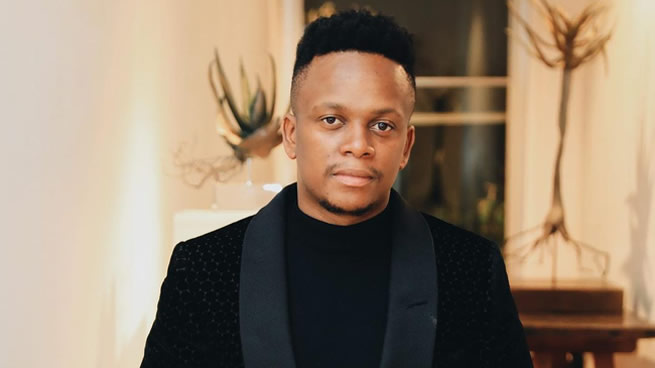 “Dinner at Somizi’s” producer Legend Manqele has denied the idea for the cooking show was stolen.

Late last year, media personality and presenter of the show, Somizi Mhlongo-Motaung, was accused of intellectual property theft over the idea for the show.

Evidence had emerged on social media to prove the idea of the show was not Mhlongo-Motaung’s original idea, but that of Hastings Moeng.

This came after former 702 radio host Eusebius McKaiser shared emails from Moeng, who alleged that the “Idols SA” judge stole the cooking show idea that he pitched to him in 2014.

According to McKaiser’s Twitter post, an e-mail was sent to Mhlongo-Motaung and his associate, Themba Zuma, in July 2014, proposing a weekly lifestyle and entertainment TV show titled “Dinner kwa Somizi”, in which Mhlongo-Motaung would cook with local stars while talking to them about interesting topics.

In his proposal, Moeng stated that he had had the idea since 2010 and was hoping the duo would assist him in bringing it to life.

McKaiser went on to publish the proposal that was made to “Dinner at Somizi’s” executive producer Legend Manqele in 2016.

According to a statement issued this week by Manqele, he said: “I hope that making public the actual truth as it relates to how ’Dinner at Somizi’s’ came to be will finally put an end to this issue.

He said the idea for the show did not originate from Moeng nor was there any theft or plagiarism of his idea.

“All allegations in this regard are patently false and are without merit. The fact that what was ultimately presented on television screens is similar to an idea that Mr Hastings had eight years ago is nothing more than a coincidence.

“It is correct that Mr Hastings approached me at the gym approximately eight years ago, in the early stages of my business, and told me about an idea that he had for a cooking show.

“I gave him my e-mail address and asked that he email me. I do not recall ever receiving the e-mail that Mr Hastings sent to me.

“In fact, the evidence clearly shows that I never even opened the email from Mr Hastings.

“Multichoice and I previously met with Mr Hastings in the attempt to resolve the matter and to try to present evidence to prove that the show was not a stolen concept.

“Judging by recent developments, our attempts to address this matter privately with Mr Hastings have obviously been unsuccessful.”

Manqele explained how the show came about.

“The original concept of the cooking show was created during the level 5 and 4 lockdown as a virtual cooking show hosted by Somizi and his husband, Mohale. The show was named ’Straight Out Of The Kitchen’.

“With comedy and music shows going virtual, there was a clear need for this kind of show.

“The show would see the newly-weds host normal South Africans in their kitchen via Zoom or Skype whilst cooking and chatting.

“The guests would also be required to cook.

“Somizi had initially intended to launch a cooking show on his YouTube channel.

“I approached him and suggested that he consider the TV route instead as his customer base was already sitting with the channel.

“While MultiChoice was initially on board with the idea of a virtual cooking show, they suggested a few changes to the format and they also suggested that we change the name of the show from ”Straight Out Of The Kitchen“ to ”Dinner At Somizi’s“.

After shooting three episodes of the cooking show, MultiChoice requested that more changes be made to the format.”

Manqele said a collection of emails existed which set out this chain of events.

He said he had hoped the situation would be resolved amicably and that he did not have to issue a statement.

But since interventions failed to yield any fruit, Manqele said he needed to publicly clarify the matter so that his silence was not misconstrued as an admission of wrongdoing.