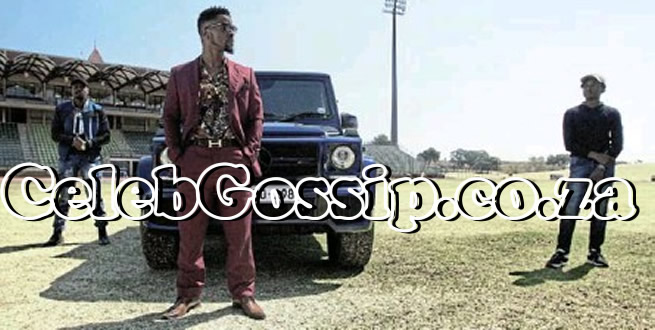 Mzansi’s first family of TV production, Connie and Shona Ferguson, have successfully made their debut on international video streaming service Netflix with Kings of Joburg.

The six-part series has been sitting pretty at the top of local streaming charts since premiering on Friday.

The show is the latest local production to be added to Netflix ’ s slate of licensed series – the other production to close such a deal this year is the rom-com Seriously Single by the Ramaphakela siblings.

“The support and love Kings of Joburg has received from viewers has been overwhelming and deeply appreciated by the entire team at Ferguson Films, ” Shona said yesterday. “When I created Kings of Joburg , I wanted to root the show in elements of love, family, conflict and power.

“The mystical and thriller side of the story is inspired by the folk tales that I grew up learning about from my late father, Peter Harry Ferguson. These stories kept me up at night and gave me nightmares but I had to bring them to life in a tale of human conflict.”

Under Ferguson Films, they have helmed local TV shows on Mzansi Magic, including The Queen, The Throne, The Imposter and Rockville . Kings of Joburg is their first production to screen to an international audience.

“We ’ re living in exciting times where the world is becoming smaller and smaller. What used to be out of reach is now a stone’s throw away! With Kings of Joburg, we are taking South Africa and Africa to the world and bringing theworld to South Africa,” Connie said.

“Working between Hollywood and across Africa over the decades, I’ve been able to see firsthand the enormous influence and impact Hollywood has had on the hearts and minds of people across Africa,” Davis said.

“I am honoured to be part of Kings of Joburg because through it and through our partnership with Netflix, we are providing African talent, both in front of the camera and behind it, the opportunity to be a part of their own ‘ Hollywood’ production.”

“I feel so excited to be part of something that is pushing the African narrative and showcasing Johannesburg on a global platform.

“It’s so important for African stories to be told, but above all to connect with people across the world. I’m so proud,” Samuels said.