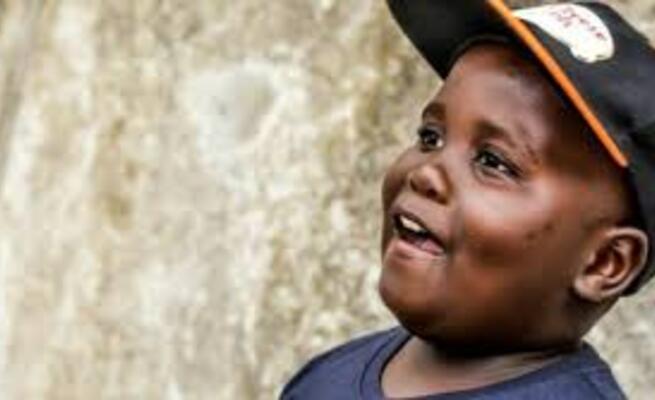 AN EVIL SNAKE KILLED OUR SON!

These were the words of Ndlovu's devastated parents after his passing over the weekend.

NDLOVU, WHOSE REAL NAME WAS SINOTHANDO HLULANI, DIED IN HOSPITAL ON SATURDAY AFTER A LONG ILLNESS, SHOCKING MANY PEOPLE.

His clips are played daily on Skhumba's "Throwback Thursday" on SABC1.

"He fell sick about four months ago," she said.

"He started to suffer from a kind of epilepsy and his condition became worse at the beginning of this month."

"He couldn't walk or talk. When we were changing his bed on Friday we found the snake in his blankets."

Ndlovu's father Siyathemba Nombombo (36) said he chased the snake into the yard and saw it had a shell."

He said: "This proved the snake had been in our house for some time. I did manage to kill it."

Siyathemba said it was about a metre long.

The mum said as the snake was being killed the kid puked a thick, brown and shiny substance and struggled to breathe.

";We rushed him to Dora Nginza Hospital and he was in ICU," she said

"I went back on Saturday and doctors said he was doing well. "

They said it looked like pneumonia or a lung infection. But we were called at about 6pm and told our son had died."

Nandipha said izangoma and prophets had told them the child's illness was caused by snakes.

They said two evil snakes had caused his illness, which was why he couldn't walk or speak. This was done by jealous people," she said. The parents had no idea how they were going to bury Ndlovu, they survived on his disability grant and money Siyathemba made from erecting shacks.

"We appeal for help from anyone who can help us give our son a decent funeral," said Nandipha.

The adorable young musician and his parents lived in humble Bayland squatter camp in Port Elizabeth but instantly made his way into Mzansi people's hearts.