Home Entertainment #Uyajola99 #Uyajola99Sunday: It's not what it looks like, he was just naked... 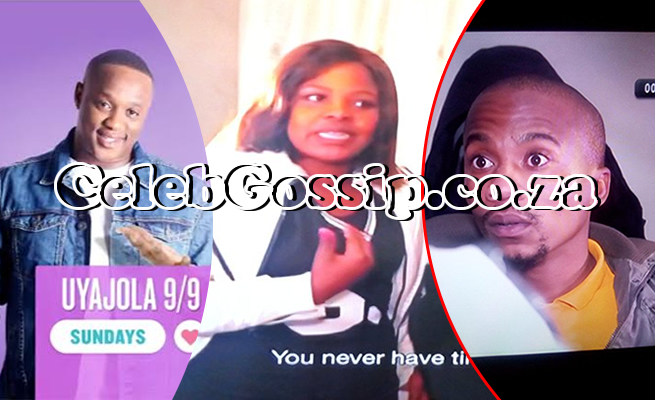 Uyajola 9/9’s latest episode, which aired on Moja Love on Sunday, 16 August 2020, detailed Sibusiso’s suspicions, as he was convinced that his girlfriend was seeing someone else. According to the young man, his girlfriend has been staying out all night and acting suspicious when it comes to her phone. Upon further investigation, Jub Jub found out that she was with another man in their home, as she believed that Sibusiso was still at work.

Sibusiso confirms his suspicions when he catches his girlfriend in he act. #Uyajola99 #Uyajola99Sunday

Jub Jub and Sibusiso walked in on the pair in bed together, although the woman defended herself by stating that it isn’t what it looks like. She claimed that the man had given her lift, and they were nothing more than colleagues. Sibusiso was outraged by her actions, and confronted her about being unfaithful in their bed and using his money to meet another man.

The woman then directed her anger at Jub Jub and accused him of embarrassing her on national TV. The host humorously clarified that it isn’t just for an ordinary TV show, it is for Uyajola 9/9, which means that she will now be known as a cheater. One Twitter user commented, “Jub Jub takes it to another level. That’s why we love him.”

See the social media commentary below.

Nobody: so you're airing our problems on TV
Jub Jub: No sister its not on TV it's on Uyajola 9/9 for the whole world to see 😂🤣😂 #Uyajola99sunday #Uyajola99 pic.twitter.com/x3Kn2Kfc5x

If and when you pray you won't need Uyajola 9-9 or Jub Jub to show you what you already suspect. God will trust me.

Deny deny deny & stick to your lie wena girl. He's your colleague. You were just chilling with him. It's not what everyone thinks even though he was in his underwear #Uyajola99Sundays #Uyajola99 pic.twitter.com/ImURc6POKk

If you’re going to be cheating respect people’s houses and beds at least. #Uyajola99 #Uyajola99Sundays

He was just chilling, and naked. But It’s not what it looks like….#Uyajola99Sundays #Uyajola99 pic.twitter.com/f3wQbhhj63

Bare its not what it looks like 😂😂yho Women can lie🤥🤣#Uyajola99#Uyajola99Sundays pic.twitter.com/SpVKvyQmKM