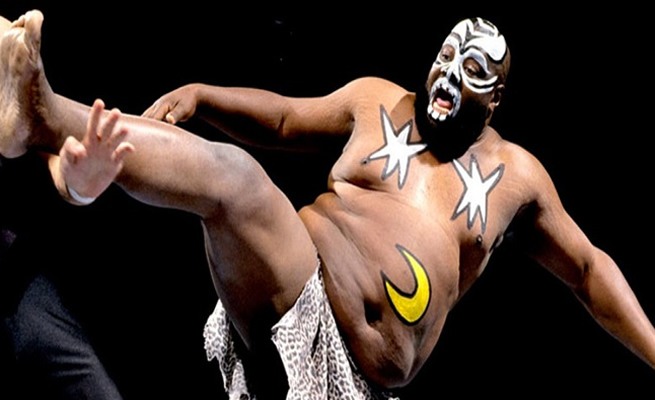 The 70-year-old retired wrestler – who was nicknamed 'The Ugandan Giant' – passed away on Sunday (09.08.20) after going into cardiac arrest.

Harris tested positive for Covid-19 last week and had been admitted to hospital, according to his wife.

Bleacher Report's Jason King tweeted: "Spoke w/ Kamala's wife. He tested positive Wednesday for COVID which he likely contracted from one of his numerous weekly visits to the dialysis center. Was hospitalized Wednesday night & seemed fine & in good spirits this morning. Went into cardiac arrest & passed this afternoon (sic)."

Kamala had been battling ill-health in recent years. He had his left leg amputated due to high blood pressure and diabetes in 2011 and had his other leg amputated in 2012. He also underwent emergency surgery in 2017 to remove fluid from near his lungs and heart.

During his career, 6ft 7inch Kamala battled against opponents including Hulk Hogan, The Undertaker and Andre the Giant.

Several stars paid tribute to Kamala after his passing, with Hossein Khosrow Ali Vaziri aka The Iron Sheik tweeting: "GOD BLESS THE KAMALA HE ALWAYS PUT ON A SHOW FOR THE FANS GOOD BIG MAN WHO WORKED THE GIMMICK BETTER THEN MOST IT BREAK MY HEART #ripkamala (sic)".

Tommy Dreamer wrote: "The Ugandan Warrior Kamala was an amazing performer. I enjoyed all of his stuff. A character like that can never exist in today's world. Sad to hear his passing," and Frankie Kazarian said: "RIP Kamala. I'm happy I had the opportunity to share a locker room with him many years ago. A giant of a gentleman. Godspeed sir."

Sinn Bodhi – Kizarny tweeted: "RIP Kamala… James Harris was a nice friendly person and as Kamala he was an icon of my childhood. It was a pleasure knowing him…" and Andrew Everett said: "Kamala, The Ugandan Giant was a unforgettable character, and the man behind it, James Harris invested so much into it. You rarely see someone tap into a character as perfectly as he did. Condolences to his family, and friends. #RIPKamala (sic)."

Bret Hart wrote on Instagram: "I'm heartbroken to hear of the passing away of Big Jim Harris, aka Kamala. I met Jim in 1981 in Croydon, close to London England where he was breaking in as The Mississippi Mauler working with Big Daddy Crabtree. I caught up with him 3 years later as Kamala in WWE when he was a terrifying monster heel working on top with Hulk Hogan. Unlike his heel character, he was one of the friendliest, nicest, happy-go-lucky guys I ever knew in pro wrestling. I had the pleasure of working with him in 1992 when I was WWE champion. He was great to work with and I smile at the memories of him laughing so hard at my infamous blackboard drawings. He had a great sense of humour and, like Andre, he'd race into the dressing room to see what my latest cartoon was about. He always had a big smile despite all his challenges, including the loss of both legs. Always a kind and happy gentle soul. I'll miss him for always being so good to me. R.I.P. Big Jim Harris."