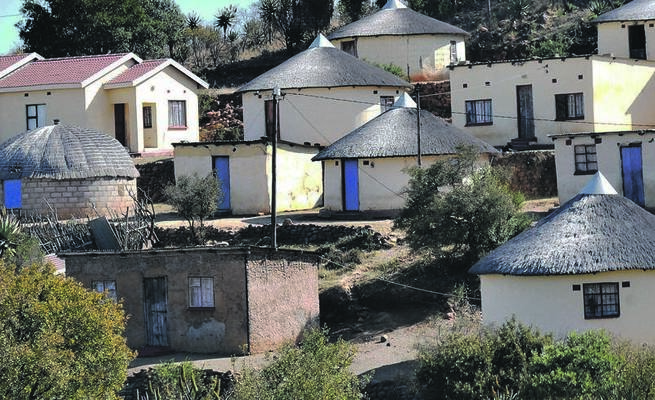 The Sithole family in Msinga, KZN, is unhappy with Isibaya for using their home picture without paying them a cent.

NDLOVU’S house in Isibaya is big. But the real owners are fuming.

They claim the soapie is using their home without their consent or agreement.

The Sithole family in Msinga in KZN claim the house that appears on the show, as belonging to the Ndlovus, actually belongs to them.

They claim Isibaya is disrespecting them.

Said a family member, Ayanda Sithole: “This is disrespectful of 'Isibaya'. They use our home and we’re angry as they didn’t ask for permission.”

According to Ayanda, in the past, people came to their home and never mentioned anything about Isibaya.

He said they spoke to their mum, who has since passed away.

Ayanda said they only gave her R500.

“Our late mum told us there were people who claimed they just came to admire our home. She said they gave her R500 and for drinks.

“She further told us the visitors had cameras with them, but never asked her permission to use the home for a TV production,” Ayanda said.

“There was no verbal or signed agreement.”

Ayanda said they almost fainted when they saw their home in Isibaya.

“The next thing, our home became famous.

“People always come here and take photos. Some even come here with the hope to see Isibayaactors.

“They think we have money now that our home appears in the big TV drama series. What Isibaya is doing is totally unfair.”

The SunTeam visited Msinga on Friday. The area is one of the biggest under Umzinyathi District Municipality.

And every villager we spoke to knows about the “famous” Sithole home seen on TV.

According to Ayanda, the family has made several attempts to get hold of Isibaya management, but to no avail.

“We’re rural people and don’t know how to go about reporting this matter. It’s heartbreaking for people to disrespect us this way.

Isibaya should do the right thing. At least, we need an agreement that’d benefit both parties.”

Executive producer at Bomb Productions, which produces "Isibaya", Desiree Markgraaff was not available for comment. -Sundaysun