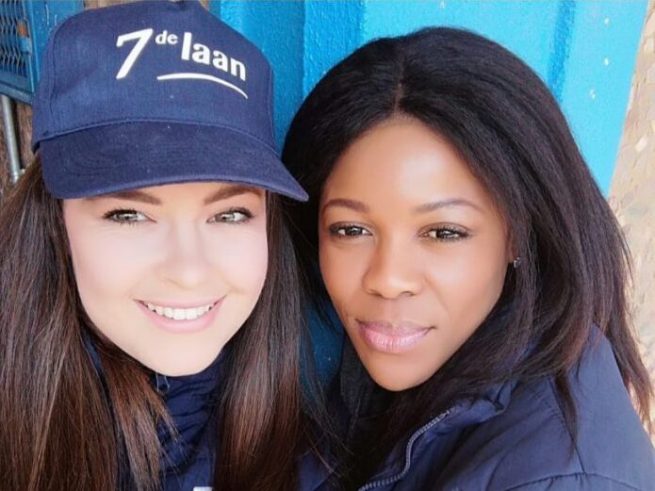 Long standing SABC2 soapie 7de Laan has followed the exodus of television productions such as Muvhango and Skeem Saam to have their production shutdown due to COVID-19.

According the Head of PR: TV Channels at SABC, Zandie Nkonyeni, the show has one case of COVID-19 reported on the 23 June 2020.

The cast and crew are in self-isolation for the next two weeks.

“The affected individual has been working from home and only came to the office for three days last week. With the current health and safety regulations in place, she had contact with cast and crew members when she reported for duty.”

“Management thereafter made a decision to suspend production with immediate effect and has been testing every cast and crew member that was onsite in the last week as a precautionary measure with effect from 23 June – 25 June 2020.

“The situation is being closely being monitored and the production house will keep us posted on any related developments,” said Nkonyeni.

Two separate cases have been reported and the cast and crew are being screened as a precautionary measure.

e.tv management in a statement confirmed the positive cases of Covid-19.

“Both sets of the local production premises have been shut down and undertaking the necessary testing for exposed cast and crew members,” said public relations officer Lerato Maboi in the statement.

“The sets have undergone deep cleaning to further minimize the risk of contamination, in accordance with COVID-19 protocols. Affected individuals are currently undergoing self-isolation until the end of the stipulated 14-day period.

“In respecting the privacy of our talent’s medical and health matters, we will not be issuing the names of any individuals.

“e.tv, Quizzical Pictures and Ochre Media will continue to monitor the health of affected employees. Filming will resume when it is appropriate to do so,” reads the statement.