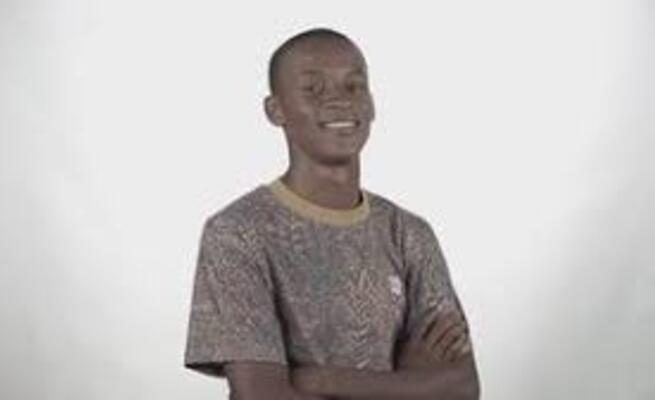 Actor Sicelo Buthelezi could be a new kid on the block, but he is already making waves and his presence is being felt.

He plays the character, Teddy in Mzansi’s new television series, Gomora. Despite being little known, Sicelo Buthelezi he’s found a fan in the universe’s most gorgeous woman.

South Africa's gem could not hide her admiration of him, but made a shout out. “Please tell Teddy that he’s a fave,” Zozibini Tunzi tweeted.

He was surprised that even Zozi knows him and he said it was shocking.

“It is shocking that a whole Miss Universe knows who I am,” Sicelo said with a giggle.

It being his debut TV role for him, he it is an experience and a learning curve which he is enjoying.

He emotionally touched the viewers' hearts when was accused of a highjacking and murder. He confessed under pressure, despite him being innocent.

Sicelo is full of funny with Teddy, feel at ease on set and he attributes that to a number of his co-stars, who inspired him.

He never imagined he would one day act on big stages learning from big names such as Connie Chiume.

“I am not in any scenes with Mam’ Connie but I am able to learn from her,” the 21-year-old said.

“It is amazing for me to be on set with people like Katlego Danke and Zolisa Xaluva on my first big break,” he added.

He is happy to be part of such a production learning from seasoned actors and actresses.

He explained; “I am excited about being part of a cast like this and seeing how they all take their jobs so seriously is inspiring to me. They have been in the game for years but they do not take any of it for granted.”

To be the best one has to learn from the best, so he believes.

His mentor is the versatile Warren Masemola, whom he met at The Market Theatre, where Sicelo studied and Warren is an alumnus.

“He is teaching me a lot – even with social media, explaining that I must not be too consumed by the things people write on social media, good or bad,” he said.

“He also taught me to take any negative comments as critique that I can use to better myself, and not see it as haters,” he added.

He is happy to be exposed millions of people and said; “I am used to performing for 50 people in a theatre and once you get off­stage then it is over. But now with TV, there are millions of people watching. I am constantly trying to get better.”

He loved football when he was young and growing up, Sicelo wanted to be a soccer player. He never imagined he would make it big in acting.

When he noted he was not active enough for soccer, pursued his new passion, acting. “No, man. That running thing all the time can’t be my life,” he said.

What a good option, he is yet to come to terms with the idea that South Africans have opened their hearts to Teddy.

He saw a social media post about auditions for the role and he tried his luck by sending his CV and pictures.

He was called at Afda where he was asked to audition for two roles one for Teddy and the other for Ntokozo.

“I had a number of call-backs and most of them required me to read for both characters. I was eventually emailed that I had made it for Teddy,” he said. Ntobeko Sishi got the role of Ntokozo.

He had to research and to portray Teddy well, Sicelo took some inspiration from children in Tembisa living with special needs.

“Our family lives near Thembinkosi Special School and I’ve seen how the kids behave. I have seen those who live in my area who I have interacted with and seen them when they get into the school bus to go on trips. That has helped me understand the role because Teddy is a boy with special needs,” he said.

Sicelo's mother is his biggest supporter, she very proud of her son and she believe it is her own son now being known from as far as the US. More so by the beauty queen, Zozi.