Home Entertainment Did she have a plan before drugging him? – Skeem Saam fans... 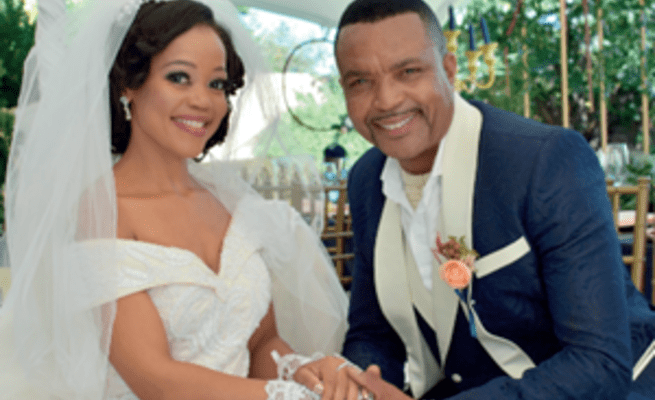 Skeem Saam fans have been glued to their screens as they watched Rachel serve Marothi revenge on a hot plate of food for days since she found out he's cheating on her, but now that Marothi has landed in the hospital, fans aren't sure that Rachel knows what she's doing.

Marothi's dynamite — as he fondly calls her — found out recently that Marothi was entertaining another young woman in their marital bed. Instead of shouting and confronting Marothi like most “normal” people would, sis decided that she would just drug her dear hubby with an unknown substance that knocks him out for hours on end.

Viewers of the popular soap watched with fascination as Rachel executed her plan, but no-one has been able to figure out what her end game was or is. At this point she knows that Kaone is the side-chick, but she still doesn't have Marothi's cellphone password or any other thing.

However, she's continued to drug the old dude until he landed in hospital because Rachel got scared that she may have overdosed him. The whole thing is a hot mess because now Nimza is an accomplice and Rachel's mother also knows what she's been doing.

Fans are hoping that Rachel has some hidden trick up her sleeve because the way things are progressing, s**t's about to hit the fan!

Of course they are all here for it — check out some of the reactions below.

#SkeemSaam
Rachel is in deep deep sh*t. What was she thinking. pic.twitter.com/lO5deCV8NX

#SkeemSaam I still don't know why Rachel is drugging Marothi, because you can't stop someone to cheat by drugging him pic.twitter.com/84OuT72i5X

#SkeemSaam as for Rachel… Does she have a plan with what she's doing ngoba yey… I foresee divorce klaar. pic.twitter.com/PDXH2YLNFM