Home Entertainment Evodia and her daughter Mercy Mogase spill the beans on their new... 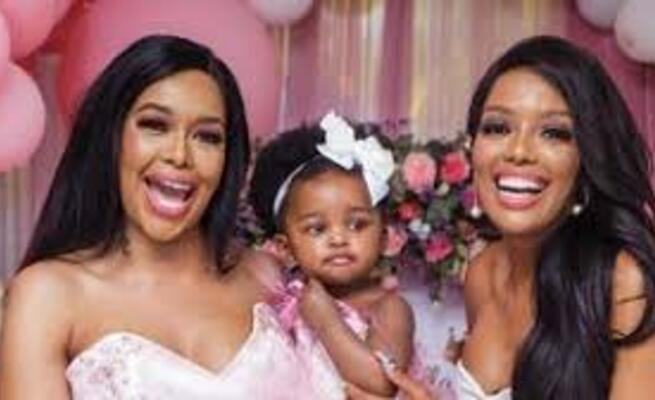 They made waves during their time at the Real Housewives of Johannesburg, they disappeared and now they are back with their own show, Evodia 'Madam' and her daughter, Mercy Mogase would want viewers to know them better as to who they really are.

“I would sometimes exaggerate the drama on RHOJ, but on Madam and Mercy we show real conflicts. It’s African drama – respectful. In real life people don’t scream and fight like in reality shows, we talk respectfully,” Evodia told Drum magazine recently.

The first season of the RHOJ exposed them of their love of designer fashion and lifestyle, however, the two are more than just that, as viewers would soon discover.

“On Real Housewives I was viewed as dramatic and always involved in fights, but I am loved by many people, I don’t always fight and cause drama,” said Evodia.

Her daughter who is also her workmate on the screens, Mercy is beaming with confidence, she can't wait for viewers to get a glimpse of what they have to offer.

“People usually think I’m unapproachable because of what they saw on the Real Housewives of Johannesburg, but that show stole my identity. There, I was always protecting my mom and I would claw anyone who came for her. But on our show, people will get to see my true character. I am loud, happy and bubbly, and I also have a soft side,” she said.

Those who can still recall how the first season of the show ended were left in disbelief with what they saw. The season didn't end well, as the two talented artists walked out of the studio very upset, with some made to believe that they would not see them on TV again.

There is no love lost though. “We don’t call each other but I have bumped into some of the ladies, Brinnette [Seopela] and Olwethu [Leshabane], and it was great seeing them,” Mercy said.

There is always a bond between members of the RHOJ. “I’ve also seen Christall and Naledi [Willers], they were lovely. We just don’t meet up, but we will always have a bond because we built something on the show together,” Evodia added.

The businesswoman and her frank daughter became instant hits, stole many hearts, thanks to the show that explores the lives of wealthy women. When they didn’t return for the second season, fans were left with sad memories.

'Evodia and Mercy made the show for me, the rest were extras,' someone said on social media. Imagine watching the Real Housewives without Evodia? What a joke, ma dahling,” another wrote, using the catchphrase Evodia coined.

While they are still cautious of what people would say on social media, they are quite sure people will love it. “There aren’t a lot of people who celebrate success. I’m afraid we will be judged and called all sorts of names. But that’s the nature of the business, I guess,” said Mercy.

Evodia is more than ready to tackle any negative comments head-on. “People always talk, as long as we know our reality show will change people’s lives and encourage good mother-daughter relationships, we are happy,” she said.

She doesn't hide her love for the father of her child.

“That’s what I call him and that’s the name I wish for people to know.” Although the father of her child appears in a few episodes, he doesn’t speak much. It’s a pity – he is like a lot of black men. They don’t like the spotlight or being on TV. I give him that respect,” she said.

Her youngest daughter, Princess Cinderella Mogase (21 months), will also feature in the show.

“My daughters mean the world to me and Princess will get her chance to be famous. I want to teach other families how a bond between a mother and daughter is built,” Evodia said.

“I will share my background, my parents, where we come from and how we acquired our wealth. People will get to see how we come up with our looks and draw inspiration from each other, the class and sophistication and, of course, a lot of Versace! I want them to see how we relate with our employees and where I started my journey,” she said.

Evodia is an all rounder when it comes to business, she opened a catering company and won a five-year contract with Eskom.

She then started a cleaning company, owns a gym manufacturing company and a vegetation management company that does landscaping and bush removal.

“With business, you always find opportunities and take a chance, so tomorrow I could be involved in something else,” she said.

Mercy, her mother is also a businesswoman who runs an online nutrition company, sells books on healthy eating. She is also planning to develop fitness apps. After the show ended, she moved to Polokwane where she runs a salon. “I own two properties there, my house and my business,” she shared.

“After season one, I got down to work with ideas for our reality show and I researched the production of a TV show. On the show, people will also see what I actually do for a living,” she added.

Mercy moved home to be close with her mom. “Since Mercy is home, my eating has improved. I have cut out a lot of meat because she is vegan. I eat more fruit and vegetables,” she said.

She also disclosed her secret for looking young and good. “We usually wake up at 4am. But during the lockdown, we wake up at 6 and workout on the patio. After the workout we meditate for 10 minutes and start the day,” she said.