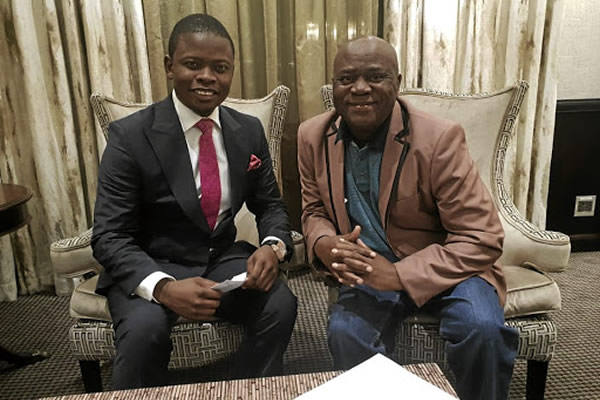 Gospel star Solly Moholo has reemerged after a brief hiatus from music with the release of a new song that denounces controversial self-proclaimed prophet, Shepherd Bushiri.

The song, which was announced along with a video advising the public on how to deal with the coronavirus epidemic, is called Ke moSione 9-9.


“In him, I saw how big God is. He is an amazing angel of God. He will help me spiritually and give me support to deal with my challenges,” Moholo told Sowetan in a past interview.

“Nobody is like Bushiri on this Earth. God has chosen him, I saw power in him and all of us want to be close to the chosen ones,” he added.

Moholo has, over the years, reportedly been at odds with senior leaders of the ZCC church for various reasons, such as his refusal to stop wearing the church’s uniform on stage and to stop performing the church’s trademark mokhukhu dance.

Although Moholo officially denounced Bushiri last year, he took the opportunity, once again, to promote the single amid the coronavirus panic.

“Phuthego lengtshwarele, Bushiri ong ropile. Ke moSione 99,” [Can the church forgive me, Bushiri has robbed me. I’m a Zion Christian Church member through and through] sings Moholo.

Moholo quickly began trending on social media on Friday morning after various social media users listened to the song and marvelled at its lyrics.

The song is reportedly available on all streaming platforms.

Solly Moholo back with a banger 🔥🔥

You missed the Solly Moholo promo I see https://t.co/qZQFpxiuMe