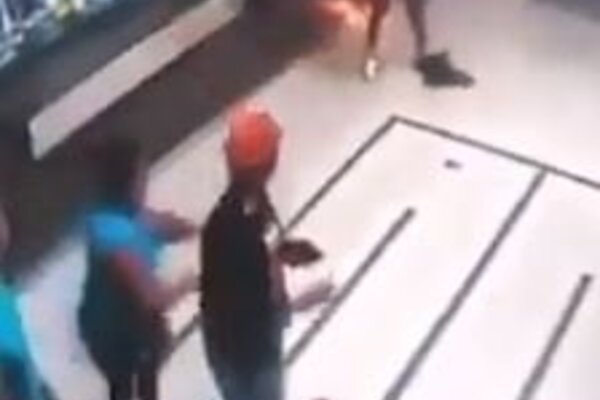 Twenty-nine-year-old Lwando Mashiamahle was waiting for his girlfriend who was queuing to buy a plane ticket at OR Tambo International Airport when the power bank in his pocket overheated and combusted into flames.

Fortunately, he was not injured, but he did lose his pants in the incident.

Airport staff sent him the footage of the incident captured on CCTV camera, which he sent to a friend who posted it on Twitter with the heading: "Guys stop buying power banks ko Small street (sic)".

"Fortunately I have no injuries but my pants were burnt and I had to quickly find the nearest shop to buy a new pair," he told News24.

Mashiamahle, who is based in Cape Town, was in Johannesburg to visit his girlfriend and to interview for a potential job as a petrol attendant.

He bought the power bank from a vendor in Small Street, Johannesburg.

'Thought it was normal'

He told News24 that he left his power bank charging overnight because he knew he would need it the next day – and maybe he overcharged it.

"It felt quite hot in my pocket but I thought it was normal, like sometimes your phone heats up when you're using it, but I never thought it could explode," he said.

According to Mashiamahle, it was a "very, very bad" experience because he didn't know what was actually happening.

"I was so shocked, I didn't know what to do, I automatically just lost my mind. I was very, very scared," he said.

Mashiamahle went back to the vendor to tell them what had happened but he couldn't find him.