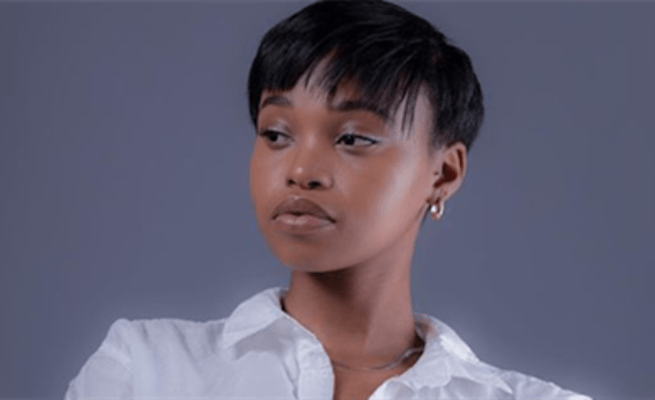 She nailed her final scene in The River but getting viewers’ approval as a new actress wasn’t easy, Zenokuhle Maseko speaks out

SHE just gave the best performance of her life. Fans are still gushing over her emotional, chilling final scenes. It’s all thanks to the nurturing and guidance of industry greats like The River’s Sindi Dlathu and Hlomla Dandala, Zenokuhle Maseko says.

Her character, Mbali Dikana, might have died at the end of season two of the series, but her final appearance still has fans shook.

She can still remember her first conversation with Hlomla on set, when he asked her how old she was after she joined the show.

“I told him I was 19-years-old, and he said, ‘Oh, wow, you are as old as my career’. And since then, Bab’ Hlomla and Mam’ Sindi showed me such kindness. They nurtured me and gave me guidance from the first day we met. They were very patient with me. It made it easy for me to relate to them as my parents.

“After we had forged that relationship, Mam’ Sindi would even be kind enough to phone me on days when we were not shooting because she felt the need to pray, and I can’t put into words how much I appreciate the love.

“The Dikana family truly became my family and the chemistry viewers see on-screen is very real. We have game nights together and are at each other’s homes on weekends for braais.

“Lawrence Maleka [who plays Zolani] is an amazing big brother who always avails himself, and if I call because I am in trouble, he comes rushing to my rescue. Even though he is my brother on the show, Lunga Mofokeng [Andile] and I have become best friends in real life,” she says.

Zeno (22), who is from Benoni, comes from a big, academic family and never really thought about becoming an actress.

Her mother, Nokuthula Ngcobo, is an accountant and her father, Sifiso Maseko, is a doctor. She has 12 siblings.

After finishing matric with great marks, she registered to study for a degree in biochemistry, which she stuck out until the end of her second year at the University of Pretoria.

“In my second year I discovered that there was a thing called fashion media and that is when my career choices changed. I spoke to my mom and she said I should follow my dreams and do what would make me happy.

“She knew I was book-smart and that I could do well in biochemistry, but the truth is that as fun as it was, I did not see myself waking up and wearing a white coat and going to a lab for the rest of my life. “I enjoyed biochemistry and I was passing well, but I wanted more. So I registered to study fashion media at Lisof Fashion Design School.”

Acting wasn’t on her radar. “I did not think acting would be for me because I was so introverted, but my mom encouraged me. So I decided to give it a try. I was trembling when I was going for the [ The River] audition but it went well,” she says. Local TV drama producer Kutlwano Ditsele was helping The River cast and he spotted her on Instagram. “He contacted me via email and I auditioned. I was only told that I got the part about three weeks to a month later. “I did not know how long they would take to decide,” Zeno says. She actually auditioned to play Andile’s girlfriend but ended up getting the role of his sister.

After landing the role in The River, she had to juggle shoots and her schoolwork, but she has managed.

“It is weird that Zweli [Hlomla] and Mbali are oblivious to the kind of person that Lindiwe [Sindi] is. I suppose when she calls him ‘Lala’ and her ‘Nana’ it wipes away any sense of logic from them.

“I believe that at the back of her mind and in her heart of hearts, Mbali knew exactly what kind of person her mother is, but she chose to be naïve. And that is what love does sometimes – it blinds you to the truth right before your eyes.”

Being in a show like The River has not been easy for young Zeno who was only 19 when she started playing Mbali.

“It was my first acting job and people were not always kind and understanding. They were critical. The truth is people, especially interns, make mistakes at their jobs, the only difference here is that my ‘internship’ was in front of millions of South Africans who thought I was not doing a good job.

“People used to call me the ‘breakfast girl’, saying Mbali does not do anything but eat breakfast on the show. They were not willing to wait to see my growth. It is very sad that it took Mbali dying for them to be kind and not judgmental.” This used to hurt her, but her on-screen parents gave her a pep talk. “They sat me down and told me not to take it to heart because people will always have something to say.”

The big episode that moved the country to tears is something the young actress is proud of. “It was my goodbye to the show and a thank you to the people who gave me an opportunity when my CV showed zero experience.

“The scenes from the last episode of season 2 were very emotionally draining and I had to dig deep inside myself to get to that point. Yes, Mbali had a small role on the show, but The River is a huge platform and I’m eternally grateful for the opportunity. I’ve been given a solid foundation on which I can build my career going forward.

“I don’t ordinarily watch myself on TV because it just gives me so much anxiety, but I watched that last episode and I liked what I saw. I cried with the rest of the country when they cried for Mbali. She loved her mother and Lindiwe killed her inside before Mbali was killed by the crash. It was a taxing day of shooting,” she says.

Her focus now will be school where she has two more years to go.

“I would like to start an app and a clothing line and I would like to act in horror films, as the villain or a psychotic character. I want to do things that will challenge me,” she says.

When she is not busy with schoolwork or on set, she enjoys going out with friends and shopping. In her spare time, though, she enjoys working on different maths and physics equations from past papers.

“Now that is a fun way to let time pass by,” she smiles.