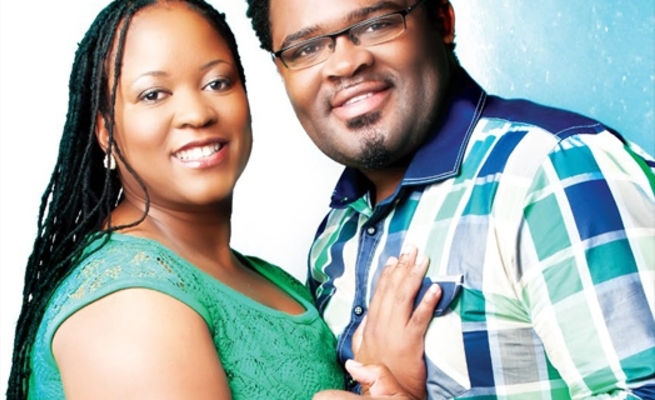 Relationships coaches Phindile and Monwabisi Grootboom are now making people believe in love and marriage again, how to overcome challenges and work as a team.

At first they were not sure if the show was going to be well received, but the reception has been great.

“We are grateful because out of our experiences, the show was born,” Phindi said; “It is new and fresh content. It was a risk on the channel's side, but after seeing views after the debut episode, the nerves went down.”

The couple said they have lived in both the better and worst worlds. “Even though it is not about us, but other couples, they are telling your story,” Mo said.

Phindi said the pair have seen all the four episodes of the show in their marriage. “We have had some dry moments where we could see that it was winter, so the show was born from that,” she said.

Their show wouldn’t have been born, had they not experienced what they did.

Funding was one of the their major challenge, and the other one was, the trust if the show would make it. “Even though we were given the green light to proceed and produce the show, we still needed the budget but luckily our vision was caught, and they believed in us,” she added.

Their love story
The day Phindi saw Mo, she hated his beard, and didn’t want to talk to him. “This was before the beard was fashionable,” Mo laughed. He looked like an old man. “I was working for the City of Durban and Phindi was working for East Coastal Radio,” he said.
It happened that they needed the service of the media to communicate with the masses, and Phindi became their link person.
On Saturday, Phindi thought there was something amiss with the adverts. “He then called and asked what I was doing, so I thought he was checking if we could talk because I thought something was wrong.” She told him she was free and he asked her to go for a movie.
“I told him to call back later while think about it. He called back and I thought, I am sitting at home anyway,” she said.
Mo had a hint she did not like his beard, so he shaved it before they met.
“He looked handsome, and we started getting along that day,” Phindi said.
“I suggested we watch something childish with no romantic scenes so that he doesn’t get wrong impression. Little did I know Shrek had romantic scenes,” Phindi added that by the time the movie finished they had already decided they would date. Ten months after, they got married and have been together for 16 years.

The right fit
Mo said there is no commitment in dating. “I mean she doesn’t tick all the boxes and I don’t too, we tick the major boxes,” Mo explained.

They were aware of what they wanted from life, and were committed to meet the challenges of life together.
Before their second date, Mo told Phindi he had something to tell her and she was frightened.

“I thought he was going to tell me he was married,” Phindi said. He told me he had a five year old son from a past relationship.
“I did not have a child so there was no point to be with someone who had a child,” Phindi recalled.
Years down the road, they have 3 kids together.

The two came from two different backgrounds, so at first they had problems when it comes to money. “We had fights about why one was spending money on certain things,” Phindi said.

Phindi is from the Zulu, while is from Xhosa, so they had cultural differences.

Sharing wisdom
They both have two books, the first; Love is not for Cowards, released in 2016. The other one is called Stuff we Wish we Knew before marriage, both inspired by their marital experiences.

“We wish we knew that marriage is bigger than the two people involved,” Mo said. They got to know that it involves God. “Also you marry one's background because it will wake up in your house one day,” Phindi added.

Mo said marriage won't make one happy, unless you were happy single. Phindi agreed, saying people should not put responsibility of being happy to their partners. Do not put pressure on your husband that he is not making you smile,” she added.
Mo added that leaving a relationship because you are not happy is a sign of weakness.

To them relationship coaching is not just a career, but a calling which came naturally.

“Marriage means dissolving singlehood and adopting a new lifestyle,” he added.
The couple said their friends open up to them regarding their relationships, and they would give advice. “It is the same thing like being a mother no one teaches you how to be one,” Phindi said.