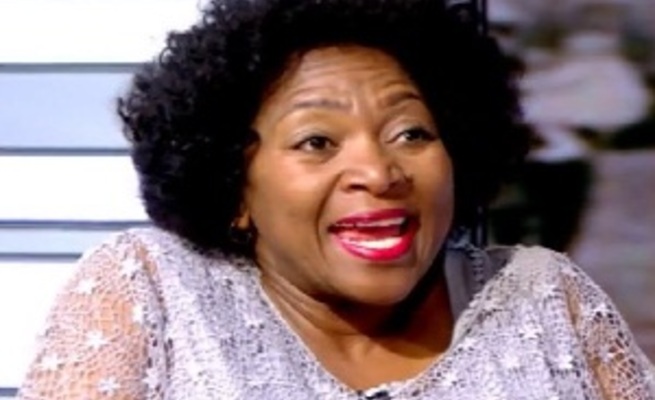 Clementine Mosimane and Nomsa Nene bring to open the brutality of apartheid in Poppie Nongena, a new movie based on the true story of a South African domestic worker, whose family was torn apart by the unjust laws.
The storyline is a painful reminder of our past.
“After watching this, you are going to hate white people,” whispered one woman to her friend as the audience settled in to watch the Mzansi premiere of the heartbreaking film, which has already started to claim various awards on the festival circuit.
One would be forgiven to think the movie is about advancing hate, no its not said veteran actress Nomsa Nene, who previously played the character in a theatre production.
Poppie Nongena, the name of this film, is based on a 1978 Afrikaans novel called Die Swerfjare van Poppie Nongena (The Long Journey of Poppie Nongena). It was written by Elsa Joubert, who was editor of DRUM’s sister publication Huisgenoot in the 1940s.
The book which became a hit, was converted into a play a year later, and Nomsa played the lead role. This time around, she plays Poppie’s mom, Lena, and Clementine Mosimane now plays the main character.
“Hopefully, this movie will help make the Poppies and ‘madams’ come together to get to know and understand each other better,” Nomsa said; “It should be a conversation between women, as it is in the book, between Poppie and [her employer] Mrs Swanepoel.”
Clementine feel honoured to play the role. “It took deep emotion to truly understand what our mothers and grannies had to go through,” the actress said.

The set of the book looks into the life story of a woman who had worked for Elsa, Ntombizodumo Eunice Ntsatha. In her childhood she was nicknamed Poppie, which means “little doll” in Afrikaans.

Although she and Elsa shared the royalties from the publication of the book – which has been translated into 13 languages – she remained hidden behind the pseudonym Poppie Nongena until 2009, when Elsa’s second biography, Reisiger (Traveller), was published.

The book, potrays Poppie growing up in Upington in the Northern Cape, a Xhosaborn, Afrikaansspeaking girl married at age 16.

She moves to Cape Town where she and her husband settle in Nyanga. When the Group Areas Act is enforced in the 1960s, Poppie and her children are ordered to relocate to Ciskei, a “Bantustan” homeland where her boilerman husband, Stone Nongena, was born.

But Poppie refuses to move. She spends a decade resisting the cruel apartheid laws, winning limited extensions to her permit allowing her and her children to remain, until she’s forced to relocate to a remote township in the Eastern Cape.

Poppie couldn’t raise her children “because she had to raise other people’s children”, Clementine said. “Her children feel the neglect. Poppie also carries other burdens and struggles apart from taking care of her employer’s home, their cleaning and ironing. “She has a family of her own, and a sick husband,” she added.

Clementine is at the heart-beat of the movie, said its director and co-screenwriter, Christiaan Olwagen. “The script was the bones until she came in and gave it a beating heart,” he told Carte Blanche.

Clementine said her own grandmother was a domestic worker who “struggled to put food on the table because of the government’s oppressive laws.

“It’s painful to think about it. She and other domestic workers lived and worked in the same South Africa, but were not treated fairly because of their skin colour,” Clementine said.

“Elsa’s book is a celebration of strong women and how we can be even stronger together.

“She was brave enough to write the story of a woman of different race with such compassion,” she said.

Clementine’s late parents, Sophie Tema and Moroe Mosimane, were journalists at the banned newspaper The World.

“Through my parents I learnt a lot about what was really going on in the country,” she recalls.

“They supported me in everything and would have been very proud to see me in this movie.

“My mother proved to me that a black woman can be anything, from a journalist to a doctor. But most black women still probably work in kitchens,” she added.

Clementine added that both the film and the book which gave birth to it are as relevant now, as in the 1970s.

“I believe everything happens for a reason. These hardships remind us that we, as human beings, cannot live consumed by hatred and never forgiving others. We need to remember that forgiveness is an individual thing. It’s not a mob thing,” she said.

Nomsa chuckled as she remembered auditioning for the role 35 years ago. “I was working part-time as a saleslady at Foschini, and I remember going to the audition during my lunch hour,” she said.

She hurried to The Market Theatre in Newtown to try her luck and was happy a few days later when she was called and told she would be the play’s lead, and the first black woman in South Africa to perform in Afrikaans on stage.

“I was involved in protest theatre too. It was a way for me and other artists to fight for our rights. I was proud to be performing Poppie’s story and saying, ‘Hear me out, hear us, we cannot live like this’,” she said.

Her grandmother, coincidentally also named Lena, was a domestic worker who inspired her portrayal of Poppie.
“I could not separate myself from the story. It was what I had lived through.

“If the film can draw attention to the domestic worker who works in your home, it has succeeded in its purpose.

There are still workers who are being exploited, who are not paid for what they are worth. They are not yet free,” said Clementine.
Poppie Nongena is in cinemas from 31 January.