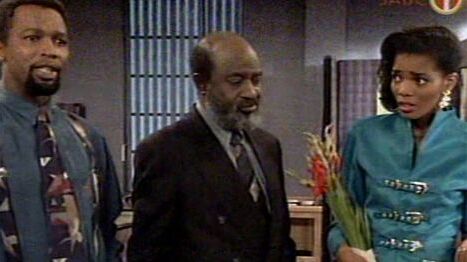 Local soapie Generations has stood the test of time since it first hit local screens in 1994.

And although it has undergone changes throughout the years – most notably when the show was rebooted in 2014 following a labour dispute between executive producer Mfundi Vundla and the cast – the acting talent that it introduced to us is still largely associated with its legacy. We look at where some of the show’s biggest stars are now.

Sello made his debut in Generations in the soapie’s early days and quickly became a hit with viewers until his first departure in 1997, he left permanently in 2002. In addition to doing theatre work, the 59-year-old actor has enjoyed a prolific acting career, staring in well-known local dramas such as e.tv’s Scandal!, Rockville and Mzansi Magic’s The Queen.

Life can be just that: a belly full of laughter. @farewellellabella

Connie made her debut in the hit soapie in 1994. She is one of a few on the show to have retained her role for over a decade, leaving the show after 16 years, only to return to in the new-look Generations: The Legacy. The 49-year-old media mogul has appeared in several other popular shows throughout her enduring career, including Soul City, Solly Loves Kina, Late Night News with Connie Ferguson, Comedy Roast Central, The Wild, Rockville and as a celeb dancer in Strictly Come Dancing.

Connie has gone on to extend her reach beyond just being in front of the camera, having co-founded Ferguson Films alongside her husband, Shona Ferguson, in 2010. Connie went on to become a producer and star in one of her company’s hottest productions, The Queen, where she currently stars as a druglord’s widow named Harriet Khoza.

What are your plans this Christmas? 🎄 I love going to the tranquil haven that is @vivari_hotel . ✨ This Christmas you can celebrate with your loved ones in a tranquil and luxurious setting 🥂 and enjoy a festive harvest table @vivari_hotel. Call them for a booking 0115944100 or email reception@vivarihotel.co.za . #LuxuryHotel #FestiveSpoils #ChristmasDining #FamilyTime #Festivities #HarvestTable #vivarihotelandspa 📸 @stevelmarcphotography

The actress, who viewers will remember as Julia Motene, made her first appearance in the show in 2002 and stayed on until 2005. The 42-year-old has also worked on other television productions such as Justice for All, Scoop Schoombie, Isidingo, Secret in my Bosom, and Soul City among others. In addition to her on-screen career, Xolile is also a director and spiritual seer. The award-winning actress, who told Move! magazine three years ago that she has no interest in returning to soapies, is currently focused on the behind-the-scenes side of things, which is primarily directing.

Like my afro I rise. Proudly self, proudly African that is all I can be. Good morning world from a rainy south africa.

Rapulana is he only actor on this list who still has an active role in the soapie. He made his debut in the “old” Generations before he left for Muvhango for few years and then returned to Generations: The Legacy.

See you when I get back!❤️

Cedwyn is also among the actors who were introduced to viewers during iGenerations’ early days in the ’90s but he left the show in 2004. Having left the soapie, the 66-year-old veteran actor moved on to star in many other television productions, including 7de Laan, Buurtwag, Die Boekklub, Known Gods, League of Glory, Malan en Kie, Meeulanders, Stellenbosch, Swartwater, Transito as well as Vloeksteen.

He currently stars in the Afrikaans soapie Suidooster on kykNET & kie (DStv channel 145).

Having made her debut in 1994, Pamela played the role of Ntski, a character who was very much known for her manipulative nature. The Ethiopian-born actress is also known for her lead role in 2004’s Zulu Love Letter. Thereafter she moved to the UK for a stint in the British series Coronation Street and returned to local screens in 2017 in the Mzansi Magic hit series Lockdown.

At the #showmax screening of @forestwhitaker #godfatherofharlem, while I am shooting #Lockdown5 @blackbrain_sa that will also be showing on #showmax. Life ain't half bad!

Fana made his debut in 1998. Fana also boasts a prolific career in movie productions, having appeared in a number of notable films such as Hotel Rwanda as well as Mandela: Long Walk to Freedom. He appeared in 2013’s World War Z alongside Hollywood superstar Brad Pitt. He is currently a member of parliament as well as an executive member of the the Economic Freedom Fighters (EFF).

Roderick disappeared from showbiz for several years before making his return to local screens in 2017. According to reports by TimesLIVE, the 54-year-old went through depression and experienced a few setbacks years after having left Generations in 2002. Speaking to the publication, Roderick also went on to explain that, rather than drugs and alcohol as many assumed, it was unemployment and depression that led to his dramatic change in appearance. He currently plays the role of a gangster in e.tv’s Rhythm City.

Faye made her debut in Generations as in 2000 and left the soap opera in 2003. One her other most notable roles was that of Bernie Cupido in M-Net’s The Wild from 2011 to 2013. The 42-year-old has also appeared in other popular productions such as Jozi Streets, Loitering in Jozi, On the Couch, as well as international films such as Beyond Borders, Mercenary for Justice and Shoot on Sight.

#TBT Going with the flow…ers at The Huntington. 😉💐🌿🌳