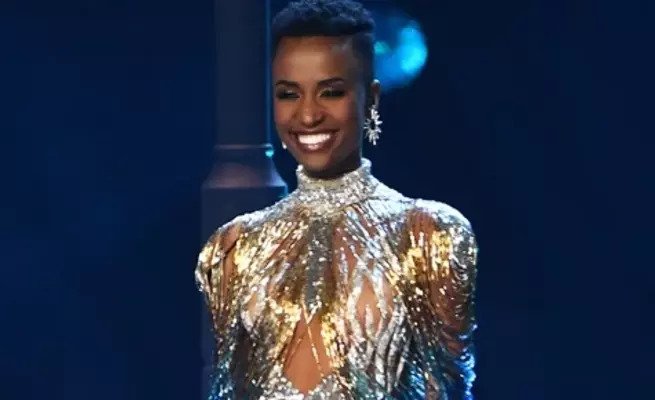 The 26-year-old beauty queen wowed judges on Sunday in Atlanta, making her the third South African, after Margaret Gardiner and Demi-Leigh Nel-Peters to win the title.

South Africans were filled with pride on Monday when they woke up to the news that Zozi had taken the crown.

"Congratulations @zozitunzi on representing SA and yourself in a truly regal manner. So so so proud," Grammy nominated comedian, Trevor Noah, tweeted.

In a tweet sent immediately after Zozibini's win, the Miss South Africa organisation, said: "Our hearts are swelling with pride. You have represented South Africa with elegance, integrity and authenticity. We are so proud of you, @zozitunzi."

Zozibini trended on Twitter, making headlines around the world.

Speaking to Channel24 before leaving for the show, Zozibini said that she was excited to showcase what she had been working on.

"I think I've been more excited than anything. I've just told myself that I'm going to be 100 percent me and whatever happens, happens," she said at the time.

READ SOME OF THE TWEETS HERE:

Congratulations @zozitunzi on representing SA and yourself in a truly regal manner. So so so proud. #MissUniverse2019 #SouthAfrica #Mzansi

Our hearts are swelling with pride. You have represented South Africa with elegance, integrity and authenticity. We are so proud of you, @ZoziTunzi.

Our very own #MissSouthAfrica CROWNED #MissUniverse2019. Congratulations Zozibini Tunzi, we as Country proud of you Queen👑 and thanks for flying our SOUTH AFRICAN higher 🇿🇦 pic.twitter.com/hXvBLgbfNm

.@CyrilRamaphosa we need a day off today as a nation to process this 😭#ZozibiniTunzi#Zozididit#MissUniverse2019