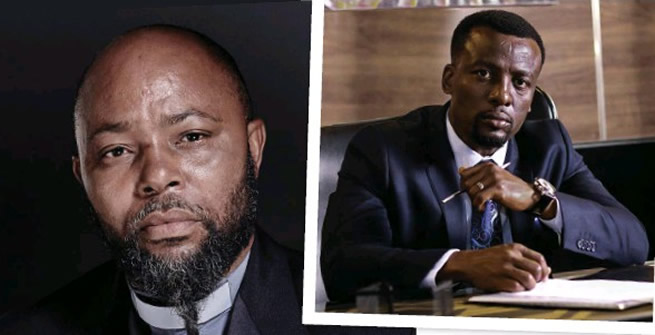 In most cases, especially some western cultures, being barren, thus unable to sire children, is always compensated by adopting children and raise them as one's biological.  Adoption is now widely practiced.
However, in some scenarios, especially African settings, an agreement in the family is arrived at, to have a brother get in sexual intercourse with his barren brother's wife so that he can raise children for him. In most cases this is done behind the barren man's back and he is happy because to him, the children are his.
In such a family, the secret is closely guarded such that the barren must not know that the children are in fact his brother's and not his.
His knowledge that he doesn’t have children have potential to rip any family apart, as the two brothers turn sworn enemies.

The stars of Imbewu: The Seed’s plot looks into such a scenario: a wealthy businessman fathers four children and shows them love and affection that any child would desire to get from a loving and caring parent. He is a hard worker making sure they are well taken care of, hoping that one day they would take over the family business maintaining the legacy.

However, he finds out the children are not his. In a cruelest twist, it turns out his brother a pastor is their biological dad. As he is still struggling to come to terms with this new and cruel fate of being not being able to father kids, a young man arrives on the scene claiming to be his son.

Good to be untrue, this is the sensational storyline playing out in etv’s drama series Imbewu: The Seed.

Brothers Phakade (played by Sandile Dlamini) and Zimele ( Tony Kgoroge) are at each other's throat, can’t see eye to eye, are at the epicentre of the family feud that’s blowing up on the local small screen.

Sandile told Move magazine that he wouldn’t want to find himself in such a difficult situation in real life, though, he understands why his character bedded his brother’s wife.

He did it in good faith, having sex with his brother's wife so that he can sire children for him. He was trying to be helpful in bedding a brother's wife.

Sworn enemies, the brothers used to be ‘friends,' used to get along until Phakade betrayed Zimele.

“He couldn’t have children, so a decision was made in the family for Zimele’s wife, MaZulu [played by
Leleti Khumalo], to have children with Phakade,” Sandile explained.

As a Christian and a leader of a brotherhood in the evangelic church in Umlazi, Durban, Sandile can relate to the sacrifice made by Phakade.
“I know how important it is to stay true to who you are as a Christian,” he said.

Phakade, a church pastor, is seen as a man of integrity, he is highly respected in the community, but sacrificed his beliefs for his brother’s sake and happiness, siring children for him.

But Zimele do not see it that way. To him, a brother having sex with his wife is purely betrayal, and as such he is frothing with anger.

The tense situation gives rise to resentment, disrespect, unforgiveness and anger, leading the pastor to stray from his moral path.

“If Phakade could listen to me, I’d remind him of his Christian values. He shouldn’t allow emotions to destroy who he is and what he believes in,” Sandile who still can’t believe he landed such a big role told Move magazine.

“This is my first time doing this acting thing. At my age, God brought this opportunity to me,” he added.

Sandile (53) had most of his life playing bass guitar for prominent musicians like Joyous Celebration, Judith Sephuma and Thandiswa Mazwai before getting his acting break.
Tony (45), on the other hand, is a tried and tested vessel in the field, with many years of acting experience.

But starring as Phakade is not a stroll in the park, he revealed. “The character challenges me because he’s a Zulu man through and through and I always have to nail the language,” he said.

As fate had it on set, Zimele might be powerful in the office and boardroom but he’s not a boss at home. If it was possible, what advice would he give his character? Tony would tell him to stop being so controlling.

“He needs to allow his children to make mistakes without him interfering. I’d also tell him to always remember that blood is thicker than water,” he said.

Upon learning that his biological father is in fact the man he calls uncle, Zithulele (played by Raphael Griffiths) turned wild against the father who raised him.
He abandons the family firm, Maluju Oil, to start his own company and betrays Zimele by taking away his clients along with him.

“It’s great that Zithulele wants to do his own thing but, eish, he thinks he knows everything,” Raphael said.

As the drama unfolds, Zithulele finds out he is still a toddler in business matters. This is something Raphael (23) can relate to.
When he started out on SABC2 as a presenter on the children’s show QBase 28, he was the coolest kid on TV. “I was loved and didn’t struggle with confidence,” he said.

However, it was a different ball game altogether when he joined the cast of Muvhango in 2013.
“I was a bad actor. I knew it and the comments on social media really crushed my confidence,” Raphael revealed.

“They say what they say and move on, but it stays with you. I suffered from depression from all the meanness from that space. I went from being sure of myself to doubting myself,” he recalled.

It claimed determination and dedication for him to try his hand in acting again. He let himself into this big role and learnt how to command the Zulu language, making it clear how hungry he was to be back on TV.

“So, I guess like Zithulele I went from thinking I knew it all to realising I wasn’t a know-it-all after all,” he added.

NEW KID ON THE BLOCK

Zithulele’s world is crumbled like a deck of cards with the arrival of his long-lost brother, Nkululeko Sibiya, played by Nkanyiso Mchunu, the young man happened to be the chosen seed, the legitimate heir of the family’s oil dynasty after it came to the open, he is Zimele’s love child.
Meanwhile, Nkululeko who was brought up to believe he was an orphan, he doesn’t believe in family and secretly resents his father.

“I’ve experienced life without a father, so in some way getting into this role is healing for me,” 30 year-old Nkanyiso shared.

The Pietermaritzburg born actor is above the moon to have made it on his own, though.
“I was on Muvhango in 2014 but when my role came to an end, I was between jobs for five years, scrambling to find something that would help me do what I love and do best.

“Now that I have this role on such a big platform, I will guard it with my heart. I really love my job,” he said.