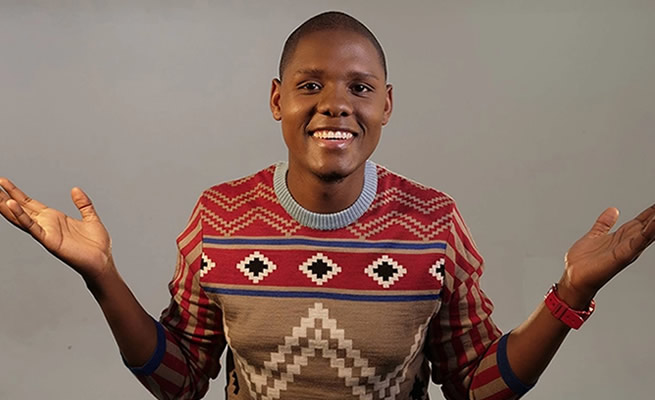 Whether they trip and fall of the stage or their voices refuse to cooperate because of exhaustion or sometimes technical glitches, the fact remains, even the greatest performers have their bad days.

This was evident at the "Idols SA" finale on Sunday, when Afro-soul singer Samthing Soweto took the stage, to perform his latest hit songs "Amantombazane" and "Akulaleki featuring ShaSha.

Fans were not impressed with Samthing Soweto's performance and took to Twitter to express their rage and disappointment, but shortly after the Twitter storm erupted, the "Akanamali" hitmaker posted a video on his Twitter page, apologising to his fans.

In a video the disheartened Samthing Soweto said : "Following my performance on Idols, I just checked out the responses on Twitter, sjoe you guys are savage. But I would like to apologise for my poor performance. I know I messed up big time. I’m really sorry, I have no excuse, it was just one of of those days. Hopefully, I will have an opportunity to redeem myself."

He continued to explain that this was not his first time he messed up an "Idols SA" performance.

“Just to give you a little bit of history, Idols have always been one of those platforms that challenges me. In 2017, I went on stage to perform Akanamali, it was an epic fail. I wasn’t happy with my performance at all. Idols is a different ball game. I’m not sure what you’re going to take out of this but please don’t be too harsh. I’m also human."

Following his apology, fans rallied behind their fave, with many applauding him for seeing the error of their ways, while others reminded him he's still one of the best musicians in the country.

Those things happen king. We keep it moving. Big ups on the music.