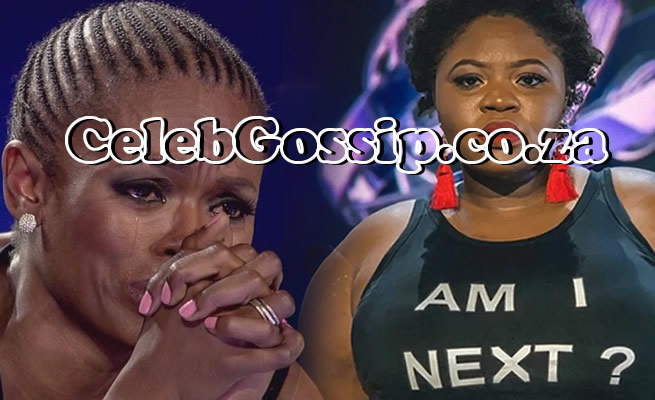 The show has been steeped in controversy, including a contestant walking off and allegations of bullying and tribalism, yet more than 3-million viewers are expected to vote for their favourite pop singer in tonight’s final of Idols SA.

After a gruelling few months, Snenhlanhla “Sneziey” Msomi and Luyolo Yiba will face off for a prize including R1m in cash and a record deal from Gallo.

“I’ve worked hard for this moment. From the time I entered the competition, I dreamt about winning. Dreamt about celebrating with my gran and those I love. I will be happy whatever the outcome, but I want to show the country who I really am,” Msomi, 25, told the Sunday Times this week.

It has been an emotional rollercoaster for Msomi, who faced abuse on social media and was accused of bullying earlier in the season.

The singer from Umlazi, KwaZulu-Natal, who has been a favourite since the start of the competition, released her debut single, Kungumusa, last week. The gospel song was inspired by her difficulties during the competition, which nearly prompted her to quit.

“It hasn’t been easy for me being a church girl in this competition. The abuse also got to me. There was a point where I felt like I wanted to go home, leave the competition… The one thing I love most in the world, singing, was breaking me and making me cry every day. God saved me. He gave me grace.”

The last few weeks saw Msomi’s popularity plunge amid accusations on social media that she bullied and “bewitched” fellow contestants Viggy and Virginia Qwabe. She has denied the claims.

The Qwabe twins turned down an invitation to be part of the finale. Virginia was eliminated after viewers showed little support for her in their voting, and the same night Viggy decided to follow her out the door.

Msomi and Yiba will perform songs they have previously sung on the competition and that were chosen to best showcase their versatility and talent.

The finale will also include performances from the Mzansi Gay Choir, Sho Madjozi, Boity Thulo, DJ Zinhle, Yanga Sobetwa and Samthing Soweto. Singer Vusi Nova will perform with the finalists and Msomi and Yiba will also perform a duet.

“We haven’t even really spoken to family,” said Yiba.

“It’s a surreal feeling because I sometimes catch myself thinking this is the last week I will be on this competition. We will both give it our all.”

Yiba, 24, who hails from King William’s Town in the Eastern Cape, emerged as a dark horse in the competition over the past few weeks. Few had bet on him to go all the way when he was named in the top 10. He admitted he had been worried what people would think of him and his singing at the start of the competition, but then started blocking out the noise.

“I had to start letting go of constant thoughts of what people would say about me. I would second-guess myself.

“It was difficult to go on social media because people talk about you. They say bad things about you. They criticise your singing and your appearance. You have to just learn to ignore it.”

A social media storm erupted when judge Unathi Nkayi was accused of being divisive and perpetuating tribalism for praising Yiba’s Xhosa heritage and declaring: “On behalf of the Xhosa people, we are tired of holding up the nation.” She later apologised for the comments.

Yiba would not be drawn on Nkayi’s remarks and said he did not want them to overshadow his accomplishments on the competition.

He has won considerable support from his community since Fezeka Bayeni, the Eastern Cape sport, recreation, arts & culture MEC, helped to organise rallies backing him and Micayla Oelofse, who is also from the Eastern Cape and made it into the top three.

Yiba said he was overwhelmed at the support he was getting, and if he won he would dedicate his victory to his hometown.

Idols SA this week declined to give any statistics about the show until after the finale, but last season’s finale drew 32.5-million votes, and the show’s producers are expecting a similar number tonight.

According to a recent television audience measurement survey, Idols SA has been the most-watched show on DStv for several months. Last month nearly 1.4-million people tuned in to watch the episode in which contestant Mmangaliso Gumbi was eliminated.