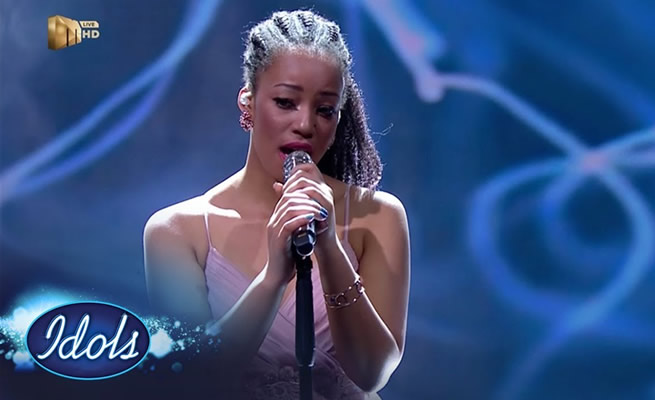 Talk about being the comeback kid! Idols SA season 14 top six finalist Nosipho believes getting booted off the show made her stronger.

Picking up the pieces after being eliminated from the singing show wasn't easy for the singer, but she is grateful for the tough lesson, which made her realise just how badly she wanted to sing.

Idols SA has come under scrutiny recently with the elimination of fan favourite Virginia Qwabe and her twin sister Viggy pulling out of the competition. Producers rubbished claims that votes had been rigged and that the pair were bullied.

Nosipho said that she didn't experience any violence or bullying of any kind during her time on Idols SA.

“Last year when I was on the show, I had a good time with other contestants. I didn't experience what is alleged this year. Maybe that's what they are going through, but for me, I didn't go through such,” she said.

Nosipho added that she believed the singing competition was fair and had no “rigging” of any kind when it came to eliminating contestants.

“Yes, I was sad and crushed that I was leaving the show when it was announced that I was going home, but I believe that the reason behind me not making it through to the next round was that people didn't vote for me enough,” she said.

Now Nosipho has put the past behind her and is looking forward to a bright future. Her single Thembalami came out earlier this month and she says the reception so far has been amazing.

“The song is a pop-infused track with a little bit of Afro-soul and some vernacular lyrics," she explained.

The song was inspired by love. "I wanted to tell a story about love – for all the lovebirds out there.”