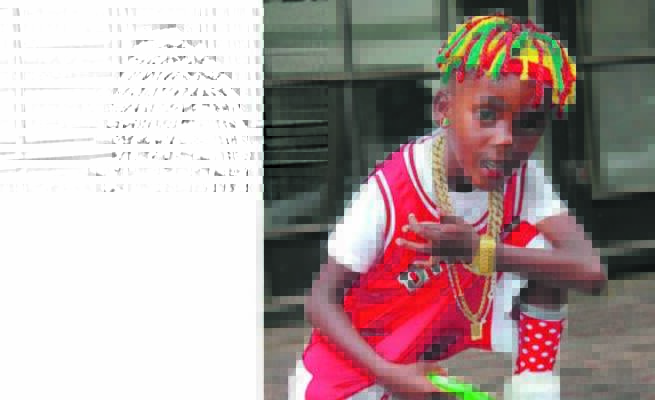 NDALO Buthelezi is wise beyond his years.

The four-year-old has released a single titled Inhliziyo, in which he slams the killing of women and children in Mzansi.

The amapiano singer goes by the stage name N.D Boy. He was born in Durban but now lives with his parents in Katlehong, Ekurhuleni.

Although his song has only been out for two weeks, it’s already been played on community radio stations and its music video aired on TV.

Speaking to SunBuzz, Ndalo said: “I was very happy when I saw myself on TV. I love music and my mum and dad like it when I sing for them. I want other children to watch my music video and learn how to sing and dance.”

His mother Lwazi said she’d always known Ndalo was going to be a star.

“It was not hard at all to get him behind the microphone. He’s always been an active child and loves music.

“He loves dancing and singing. He sings along to almost every song on TV and always wants to go to studio with me when I’m recording my music.”

Ndalo said he was ready to perform across the country.

“I also want to perform with Kwesta because I love him very much,” he said.