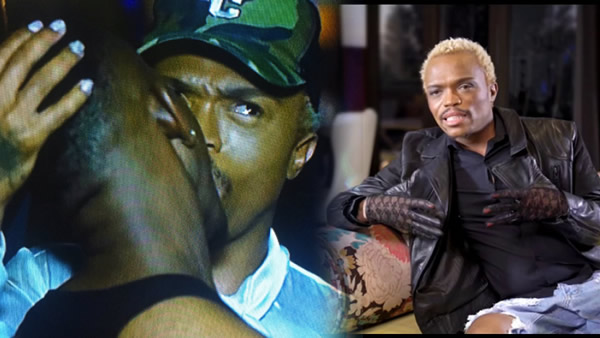 Controversial socialite Masechaba Ndlovu gave the audience a cringe festival with her inappropriate remarks as a master of ceremonies at the media launch of Dream: The Lebo Mathose Story hosted by BET and Ochre Media this week.

Her introductions of the much-contested cast set to play in Lebo's story were awkward and the interjections with the panel that followed skewed.

Bahumi Madisakwane, Idols SA Judge Somizi Mhlongo's daughter who is set to play the younger version of Lebo, received a backlash on social media as many people felt that she got the role because her father was friends with Lebo.

Masechaba's preamble to her question about the journey of playing Lebo was a casual "of course, you are working in the shadows of a legend, it's expected".

"I had to do a lot of praying to learn about the side of her… that only God knew," said Bahumi.

Masechaba interjected while Bahumi was talking about playing a younger Lebo: "I see your mother is here. I can't tell the difference between you two. Yo! Somizi chose well. And we are yet to see Somizi and Mohale's product," she gushed with loud giggles in between.

When it was brought to Masechaba's attention that "a journalist in the audience has remarked that the Somizi and his husband Mohale comment is hormophobic," she 'apologised', saying it was not that deep. She emphasised that she was good friends with Somizi.

When asked what it took for her to get into character as Lebo, KB Motsilanyane admitted that she didn't look anything like the late artist. She said that instead of looking like her, she was more focused on telling her story as authentically as possible.

"While I sympathise with this view, I hope she doesn't mean that she'll slap on a blonde wig and shy away from getting into Lebo's character as we all knew it. We've supported Nollywood films for the longest time. We laugh when there is no continuity, we laugh at so many things but we still support that industry which is why it is where it is now," said KB.

"Again, I hope she doesn't mean that we must get ready to support a laughable production."

Trompies took to the stage for the performance of the night like a band that had not performed together in 20 years and had only reunited on the stage. They came across as being overly joyful and uncoordinated uncles at family gatherings. All the while their friend, "Mkhulu Bae" Mdu Masilela sat alone on the table at the back taking photos of them.

DJ Christos took to the decks and seemed to have weened off any of the awkwardness that had been lingering around the room.