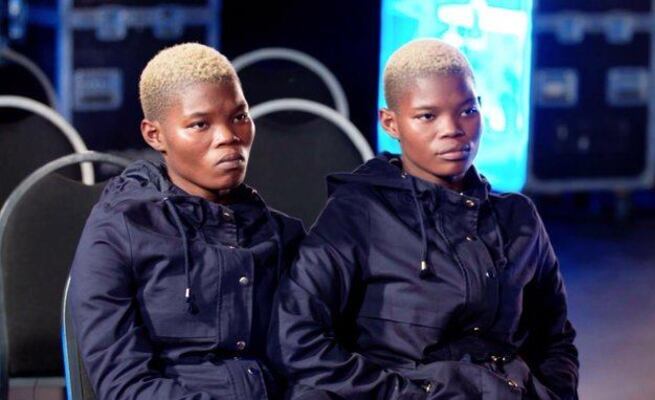 Angry supporters of departed Idols SA twins Viggy and Virginia Qwabe have planned a march to today’s show at the SA State Theatre in Pretoria.

City Press has learnt that fans of the twins were demanding that Idols SA release the votes publicly.

“Since the start of the competition, we’ve spent a fortune trying to save the twins. We opened several WhatsApp groups and spent more than R50 000 every week on both of them. We want independent auditors to re-audit the votes,” claims someone close to the Qwabe family.

Three independent sources who spoke to City Press this week claimed that the twins were leading with votes since the top 10 was announced and that Virginia’s elimination came as a shock.

“I am adamant that the votes were rigged and that they sacrificed one twin for Nolo to win. If Nolo doesn’t win, Sneziey Msomi might win this competition. Watch this space,” claimed someone who has been following Idols since it started.

The source alleged that Idols was scripted and that there was much politics behind the scenes.

Philly Kubheka, head of department for PR and publicity for M-Net’s local entertainment channels, told City Press yesterday that they were aware of the planned march.

“We are beefing up security and involving the police to make sure there will be no disturbance to the show,” she said.

Another source claimed that a few days before last week’s show the Qwabe family received a tipoff from someone claiming to be from Idols production, warning them to be prepared for the worst as one of the twins was going to be eliminated.

But the Qwabes rubbished those claims as far-fetched, said the source, who failed to give us the votes. The source said it was after Virginia’s elimination that the family decided there was no need for Viggy to continue, as the same could happen to her.

“When Nolo made it to top five, some family members got up and left. And as soon as the Luyolo was called, leaving the twins in the bottom two, the entire family got up and left because that’s exactly how they were told it would pan out.”

But Kubheka rejected claims that they already knew who the winner was, saying: “This isn’t true, we still have contestants in the house and they still have to perform. It’s the votes that determine who will win Idols SA season 15.”

Mzansi Magic has since denied claims that votes were rigged. “Mzansi Magic is satisfied as to the credibility of the Idols SA season 15 voting process. The vote count and ranking of contestants were independently computed by Deloitte and confirmed against the vote results determined by M-Net,” said Kubheka.

A Qwabe family member, who asked not to be named, told City Press that the twins were doing well even though they were disappointed at how things had turned out.