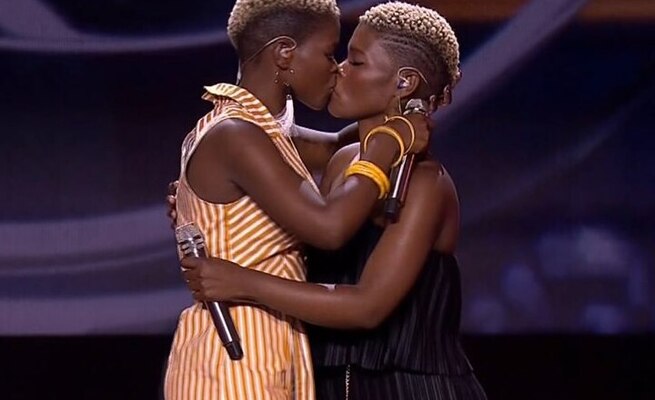 Its official Idols Viggy has quit the show, she has recently released a statement to her fans on her facebook page

"Bafethu siyabonga for your support 🙏🏽. Unfortunately I have decided not to continue with the competition. I am not a quitter, I am not quitting because o Wele was eliminated. we are both strong and able to stand on our own. We were both aware that we both won’t win and one of us would leave but not in the way it was done yesterday. I cannot stay when that has happened to my sister. Thank you for your love and support. We appreciate all your hard work. God bless you"

However her fans are really furious with her, Check out some of their comments below:

@Maureen Queen M Manhombori So why do you quit?? Do you really know how much effort we put to push you and your sister to be this far, you have disappointed me am regretting voting for you from day 1 one. I thought you're smart but now I see dololo xaaaaa what a worsted money and time for vote. Go and don't come back again. We need people who are serious.

@Slindy MaMtolo Zitha I am so proud of you.
From my own personal experience I am glad you're leaving that corrupted competition. You guys are bigger than IdolsSA.

@Tlou-Oarabile Twin Maseko ! But honestly speaking what you're doing right now is so rude to us the voters ! My advice as an IDENTICAL TWIN who happens to share the same bond as you guys is that …."The sooner you accept that u were born together but not meant to be together the better " ! 😢Yoooh I'm so shocked right now ! Worse thing about this is you knew Idols has one winner you shouldn't have entered the competition both at once 😑😑

@Gomz Kennie Edinho This is so heartbreaking……you only considered yourself and not the fans who have been voting, I waisted my votes for nothing, anyway it's fine if at all that's you thank us.

@Eliza Lizzy Mizzy Ramotsoto No girl? why are you doing this to us your fans?😅😅😅😅You were our hope, we hoped to vote for you until top1, so that you share the prices with your sister….i'm heart broken seriously!… if it becomes possible, please go back plzz

@Paula Judge You're very silly I wasted my votes on you..if you had continued and won the price you could have uplifted your sister and the rest of your family …so now are you going to marry the same man aswell ..so silly

@Kgaugelo Nikie Nkadimene Mahosi I'm sorry to say this but you are selfish and play with people's emotions. There was no way u wouldn't go to the finals. U were going to get double votes going forward. I feel as though you have low self esteem. I personally believe that if it was Virginia on the top 5 you guys wouldn't have done this because she is the strongest. I am so disappointed in you for not considering us. This was supposed to be a lesson to you and your sister that as you guys grow you will some were some how hav to do it without one onother. What's going to happen wen 1 of you get married? What's going to happen when 1 of you gets a job and 1 doesn't? Or even worse there is death something 1 can't run away from. Are you guys gona die on the same day? I don't even understand y u guys giving ur enemies satisfaction. You keep on saying u guys are strong. Well the sad truth is you are not. Because if u were u would hav stayed and fought. I'm sorry my love but this is not on.

Idols SA is yet to release a statement